Difference between SAT and GRE

While the GRE and the SAT both measure reading, writing and mathematical skills, there are a number of key differences between the two tests. The most significant difference is how the tests are used. The GRE is required for admission to most graduate schools, while the SAT is used when applying to undergraduate schools. 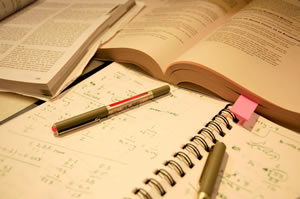 The term GRE stands for ‘Graduate Record Examination’. It is a test given to potential students, prior to their admission in many post graduate programs. Also, it helps in administering tests for institutions around the globe. This exam was designed by the Educational Testing Service. It is generally taken through a computer or paper based version of the exam. The emphasis of this exam is based on testing the abstract thinking of the students.

GRE is mainly conducted to test a student’s reasoning abilities. It does so by measuring the skill through three main subjects:

The student’s receive scores based on the given sections, and the admittance is completely based on the score and the school they apply to. The perfect score for GRE would be 2400.

On the other hand, the term SAT stands for ‘Scholastic Assessment Tests’. It is a standard test that is conducted for all students to take admission in different under-graduate programs in different colleges and universities. It was started in the year 1926 by a private and non-profiting college board. 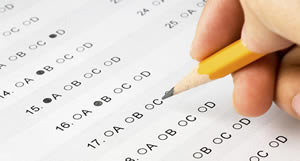 It is a paper based test that only tests a student’s analyzing and problem solving skills that he or she learned in the school. It tests them on their ability to use that learned knowledge and apply it on the paper. In other words, it is an aptitude test, which measures a student’s critical thinking skills that he or she may need for the academic success in the college. The knowledge or skills tested are:

Thus, based on the above explanation, one can agree that GRE scores are directly correlated to your SAT scores. They are extremely similar to each other. Another similarity in both tests is that they are, further, designed or allow the students to focus on their specific or major subjects too; they can take the test based on their choice of subjects. Also, the subjects included in both the tests are pretty much the same, such as: Chemistry, Biochemistry, Cell and Molecular Biology, Biology, Physics, Computer Science, Mathematics, Psychology and Literature in English.

Further comparison between SAT and GRE: