Difference between Shareholder and Stakeholder 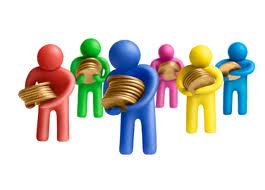 Many people tend to think that a shareholder is the same as a stakeholder. However, they both are quite different from each other. Shareholder, as the name signifies, refers to an individual or an organisation that owns a share in a corporation or mutual funds. The term is used to denote the owner of shares in an organization or in a company. Therefore, they can also be considered as the part-owners of a business. ‘Shareholder’ basically refers to the holder of a share and the share is generally defined as an equity share in a business. A shareholder can be an individual or can also be a large financial institution. 'Majority shareholder' is the one who holds more than half the value of a business. A shareholder can buy the shares from the corporation itself or from an existing shareholder. Shareholders have been provided many rights like – right to vote at the shareholder’s meetings, share in the profits of the corporation, etc. The rights generally include: 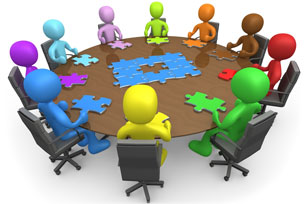 On the other hand, stakeholders are the persons who are affected by the company’s operations (actions, objectives and policies). They are interested in the performance of the company. They may include stockholders, managers, workers and many more. A very accurate definition of a stakeholder was given by Freeman in 1984 as - ‘Any group or individual who can affect or [be] affected by the achievement of an organization’s objectives’. Stockholders are regarded as the largest stakeholders as they are greatly affected by the performance of a company. They may also include people for various reasons like academic, philosophical, or political. Therefore, stakeholders may also include people that might not get directly affected by the functioning of a company. Primary stackholders include owners, managers, workers, etc. who have a direct stake in the organization and its success. On the other hand, secondary stakeholders include consumers, government, civil society, etc. who have a public or special type of stake in the organization.

Comparison between Shareholder and Stakeholder: