Difference between SIM and USIM Card 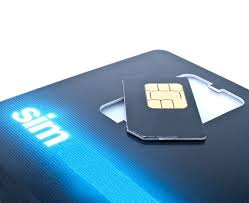 SIM or Subscriber Identity Module is a microprocessor chip which is used in mobile phones.  USIM or Universal Subscriber Identity Module is also a type of SIM card but specifically for WCDMA/UMTS (3G) phones. SIM refers to a 2G application which was introduced during the initial or early days of GSM standards, later with the introduction of 3G applications, more complex functions also get coupled with the card and SIM got evolved into USIM.

Due to the advanced technology applied in USIM architecture and operating system, secure and complex applications related functions can be performed. Examples of such applications include mobile banking, video conferencing, enhanced phonebooks, mobile bookmarks etc.

SIM offers a global phone book, whereas USIM offers global phone book and hidden phone book. SIM cards are capable of providing a phone book with limited capacity which is 32 k or 64 k. On the other hand, USIM cards have an extended phone book (256 k). USIM also provides some features which are not available in other SIMs like – APN settings can be written directly on to the USIM card and MMS can also be stored on a USIM card. USIM make use of a new algorithm which protects from unauthorized access to one’s phone line. Encrypted calls and data exchanges of USIMs make use of strong keys than keys used by SIMs.

Comparison between SIM and USIM Card: