Difference between Tamari and Soy Sauce

Key Difference: Soy Sauce is a popular condiment and sauce that is considered a staple in East and Southeast Asian cuisines. Soy Sauce is made from soy bean. Tamari is a type of dark soy sauce that originated in Japan. It contains little or no wheat, hence is a gluten-free alternative to regular soy sauce. 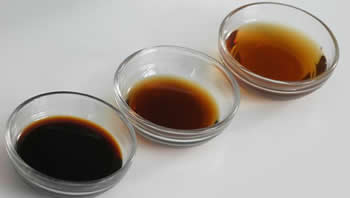 Soy Sauce is a popular condiment and sauce that is considered a staple in East and Southeast Asian cuisines. The sauce originated in China in the 2nd century BCE, but has since grown in popularity and is now being used all around the world. Most people think that soy sauce has been introduced to the Western world recently with the onslaught of the popularity of Oriental cooking. However, Europeans have been using soy sauce since the 1700s.

Soy Sauce is made from soy bean. Soy bean is a type of legume similar to peanuts, kidney beans, peas, etc. In order to make soy sauce, the soy beans are first boiled and then mixed with roasted grain, brine, and Aspergillus oryzae or Aspergillus sojae molds. This mixture is then fermented. After fermentation, the mixture is made into a paste, which is then pressed to produce a liquid. This liquid is what is called soy sauce. The leftover mixture is commonly used as animal feed.

While soy sauce originated in China, it is now considered a staple in other East and Southeast Asian countries as well, such as Japan, Taiwan, China, Korea, Indonesia, Vietnam, Burma, etc. In fact, these countries have used it so much and for long that they each have different variations of it. The variations in taste and texture are achieved via different methods and durations of fermentation and through different ratios of water, salt, and fermented soy. Sometimes other ingredients are also added either to the mixture or to the sauce to give it a different taste.

Soy sauce was introduced in Japan in the 7th century by Chinese monks. It became known as shōyu. There are five main types of shōyu: Koikuchi, Usukuchi, Tamari, Shiro, and Saishikomi. Shōyu, i.e. Japanese soy sauce, is generally made with wheat as the primary ingredient. Due to this, Japanese soy sauce tends to have a slightly sweeter taste than Chinese soy sauces. Shōyu also generally has a sherry-like alcohol flavor. 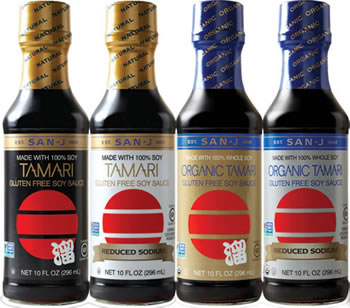 Tamari is mainly produced in the Chūbu region of Japan, and is considered to be the original Japanese soy sauce as it closely resembles the original recipe as it was introduced by the Chinese monks. Tamari is also known as miso-damari, as it was traditionally a liquid byproduct made during the fermentation of miso. In fact, the term tamari is derived from the verb tamaru, which means to accumulate. Hence, tamari refers to the fact that it is the accumulated liquid as it run off the maturing miso.

Comparison between Tamari and Soy Sauce: