Difference between Wart and Boil 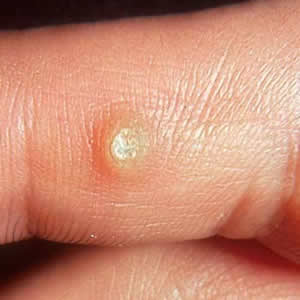 A wart and a boil are two common skin conditions that occur among people. They can cause severe damage if extreme cases are not treated on time. Most of the people get confused between warts and boils. Warts and boils both are raised from the skin and are of reddish and grayed colored. Even there is a similarity, they both are very different from each other.

A wart is a rough growth that appears most commonly on the hands and fingers or on the soles of the feet. They can also appear on the other parts of the body like the face, arms or legs and sometimes grow in the genital or anal area. They can resemble a cauliflower or a solid blister; and may be larger or smaller in size. Warts are generally white or pale in color and are usually visible as a harmful skin problem. They can be very painful when they get infected and inflamed. Otherwise, warts are usually painless. A wart can be removed with medical treatment or other methods that a dermatologist may suggest. 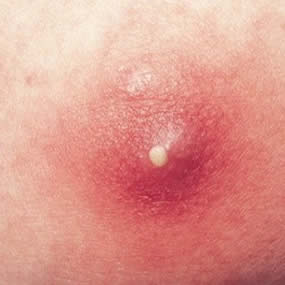 A boil or a furuncle can be defined as a skin outbreak in the form of a swollen bump. A cluster of boils is known as a carbuncle. It generally appears like a pimple. They are mainly caused due to a bacterial infection that happens due to infected hair follicles. A pocket of pus is developed and this is referred to as a boil.

A boil is a deep folliculitis, an infection of the hair follicle. It is caused by an infection of the Staphylococcus aureus bacteria. Boils result in a painful swollen area on the skin caused by an accumulation of pus and dead tissue. Boils may cluster together, joining to form one head. These boils are called carbuncles. If a boil forms on the eyelid, it is called a sty. Boils should not be popped, as it may lead to the spreading of the infection, including a blood infection. Boils usually pop by themselves.

Comparison between Wart and Boil: