Difference between Will and Would

Key difference: Both will and would serve the English language by being a part of the modal verbs family. An evident difference between the two is that will is used to signify a resolution, whereas would is usually not.

Modal verbs are those verbs that imply likelihood, ability, permission, obligation etc. Will and would are two of such words among the likes of can, may, shall, should, could, etc. These verbs do not carry any meaning of their own, but they do lend extra information about a subject, or a noun, when used in combination with them in a sentence.

Will is a modal verb that stands for a definite decision. When a person uses will in his speech or writing, he/she means that the action associated with this word is surely going to take place.

Jamie will come over at your place on Monday.

In the sentence above, the speaker is in a way predicting and declaring that the subject Jamie is going to be present at a pre-decided place, on a specific day as well. For this purpose, he/she has used the word will.

Besides using will in this fashion, people often use it to make promises and offers as well. Interestingly, will is often induced in conditional statements as well.

If you don’t eat right, you will fall sick.

In this sentence, the speaker is directly imposing a condition on the listener that if he/she doesn’t eat as per health requirements, there is a chance of him/her falling ill. So, in order to denote this chance, the speaker has used the word will.

Contrary to will, the word would doesn’t stand for resolutions or decisions at all. It is in fact a word that is considered to be mild and polite in usage. Being a modal verb as well, would is specifically used for inviting, offering, requesting, etc. There is no factor of prediction involved in the case of would, which is why at most times would features in sentences that are framed in form of questions.

Would you please dance with me?

In this sentence, the speaker is not sure whether the listener would accept his/her offer or not. However, the offer is still made, and the word used to do so is would.

Note: In the event of inviting, offering etc. the word will is perfectly suitable. However, it is considered more direct and upfront than its counterpart would, which is deemed polite and subtle.

Like will, would is also used in conditional statements. Albeit, the catch is that these statements have to be imaginary or unlikely in nature. 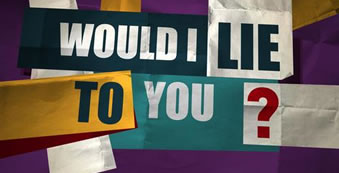 If I knew where he lived, I would have delivered the parcel myself.

In the above sentence, the speaker says that had she/he known the address of the recipient, the parcel would have been delivered by him/her in person. However, the address was unknown, so the sentence is based on the assumption and the imagination of knowing the recipient’s address. Hence, the word would is used.

Therefore, the words will and would are quite alike each other, but a sound understanding of the difference between them will help one to use them appropriately.

Comparison between Will and Would: