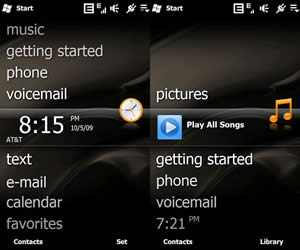 Microsoft and Windows have become a household name with many people owning something by the company: a phone, laptop, desktop, etc. The company was one of the first few companies to foray into the smart devices market, with the launch of Palm Pilots or Palm PCs. These devices were aimed at businessmen for organizing appointments, contacts and other information. Smartphones are basically a blend of a cell phone and a PDA, hence Windows is considered to have a big hand in the popularity of smartphones. The company offered various popular Windows operating systems for mobile which were known as Windows Mobile; these were later renamed to Windows Phone when the company decided to go with a whole new look and design. Windows Mobile 6.5.5 was the last version of the Windows Mobile operating systems, before the company introduced its brand new Windows Phone operating systems.

Windows Mobile 6.5 was introduced initially as a stopgap update to the Windows Mobile 6.1 operating system. This update was intended to reduce the gap between the 6.1 OS and the 7 OS, making it easier to shift from the older system to the newer one. The update was never part of Microsoft’s plan and was considered as a minor update to the older system until the company launched the new Windows Phone 7 OS in 2010. The update was announced at the 2009 Mobile World Congress and the first phones running this system were launched in October 2009. The company also provided three minor updates for the system, 6.5.1, 6.5.3 and 6.5.5, which were made to help customers transition from the Windows Mobile to the new Windows Phone. The 6.5 operating system came with an updated user interface that was similar to the one offered on Microsoft’s Zune player. The UI offered a new Today screen and vertically scrollable labels named “Titanium”. The company also provided a new Internet Explorer 6 browser. In addition to the new OS, the company also announced several new cloud computing services such as: SkyBox, SkyLine, SkyMarket. The SkyMarket was similar to the Android Market and offered downloadable apps for users. 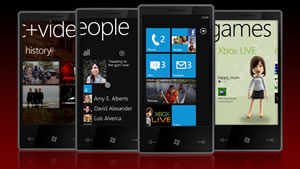 Windows Phone 7 was quite a step up from the Windows Mobile 6.5 operating system. In addition to changing the looks of the OS, the company also added and removed many features from the older version. Windows Mobile 6.5 was highly customizable, with many companies incorporating their own UIs on the OS and completely changing the look of the OS. This was eliminated in the Windows Phone 7, with the company demanding a set of requirements from the manufacturers. GSMArena states these requirements as: WVGA Capacitive Screen Size, capable of at least four touch points, 1Ghz processor with GPU Acceleration,  256MB of RAM,  8 GB of Flash Storage, 5 MP camera with LED Flash, A-GPS, Compass, Accelerometer, Ambient Light, Proximity Sensor and Three hardware keys: Start, Search and Back.

Windows Mobile 6.5 was considered to a better option for many people, specially many developers as it allowed them to change and modify the OS. However, many users are also happy with the new look and a more strict layout of the Windows Phone 7.