Difference between ZIP and Compress

Key Difference: Data compression is a technique that allows users to reduce the size of the file in order to make it easier to send across a network, including the internet. ZIP is nothing by a type of lossless data compression application. 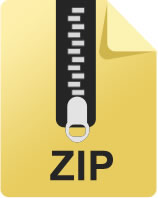 Gmail, Yahoo and many other such e-mail accounts place a limit to the amount of data that is transferable per email. It also implements a limit on the amount of data that can be stored in an email account – for example Gmail has a limit of 50 GB that can be stored in one account. So, how can someone send you a file that has around 40 high resolution photos, whose data does not exceed more than the 25 MB limit placed by Google? Data compression.

Data compression is a technique that allows users to reduce the size of the file in order to make it easier to send across a network, including the internet. There are two types of compression: Lossy and Lossless. Lossy is when the data that is being compress losses some information, while in lossless compression no information is lost.

For example: compressing images in lossy compression will result in loss of resolution and even some color but the main image or rather the photo will remain untouched. In lossless compression, that same image will only lose information that will not alter the photo in any manner, including the resolution. This is done by losing the statistical redundancy in the file. An image that may have code of pixels such as red pixel, red pixel, red pixel over and over again will be reduced to 15 red pixels instead of having it repeated over and over again. 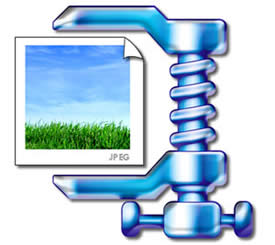 Now, ZIP is a data compression format that was created by Phil Katz and released in 1989. ZIP is nothing by a type of lossless data compression application. It works in an archive file format, which means multiple files can be placed together in one folder and can also be compressed together. This format is currently the most common format of compression used and it comes already incorporated in many systems by Microsoft and Apple.

The primary object of both ZIP and Compress is to reduce the file size, without losing much of the information. In order to access the files after they are compressed, the user must decompress the files in order to access the individual file. That is how it was with the original ZIP, but with the increasing technology once a folder is zipped (can be found with a prominent zipper on the right side of the folder icon or with the extension .zip), files can be added or removed from the folder and they can even be accessed without having to decompress the files.

Files can be compressed by either downloading the ZIP application or simply by right clicking on the folder and adding it to archive, which creates a ZIP folder with the files inside being compressed. There are also other compression formats such as RAR, which is said to reduce the file size even more without affecting the quality of the work.

Comparison between ZIP and Compress: