Key Difference: Cancer is an umbrella term covering more than 200 types of different diseases. These diseases are usually described as an uncontrolled growth and spread of abnormal cells in the body. Broadly cancer can be divided into two categories – carcinomas (cancers that originate in epithelial cells) and sarcomas (cancer that originates in connective tissue).

The uncontrolled division of cells in the body forms a mass of tissue known as tumor. Benign tumors are easily removed and are not very dangerous. On the other hand, malignant tumors are dangerous as the nearby tissues and organs are invaded and damaged by these cancer cells. The growth of cells takes place in an uncontrolled manner and in a very speedy way. Another important characteristic of cancer is than this cell activity remains independent from the tissue where it all started. Thus, simply malignant tumors are cancer. Cancers that originate in epithelial cells are known as carcinomas, whereas cancer that originates in connective tissue cells are known as sarcomas. Sarcomas are rare.

Most common cancers found in children are -

Leukemia: acute lymphocytic (lymphoblastic) – The term Leukemia is used for denoting the cancer of the blood. ALL occurs due to overproduction of immature white blood cells known as lymphoblast or leukemic blasts. These cells occupy the bone marrow and thus hinder the normal process of blood cells formation. Some of the main symptoms include anemia, slow healing, repeated infection, increased bleeding or bruising, etc. This cancer is diagnosed by a full blood count and a bone marrow discomfort. 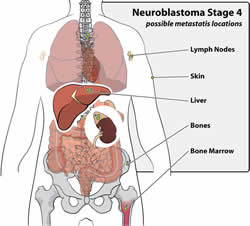 Brain and Other nervous system tumor: neuroblastoma - Generally, these brain tumors originate from the lower section of the brain like cerebellum or brain stem. Neuroblastoma is a tumor of the nervous system which originates in immature nerve cells. The cause of this type of cancer remains unknown but still many believe that it happens due to accidental cell growth occurring during the normal growth development process of the sympathetic nervous system.

It usually originates on the adrenal glands which are present above the kidneys. The other parts where they can develop are nerve tissues in neck, chest, abdomen or pelvis. The term neuroblastoma means nerve cells +immature cells. It is one of the rare cancers. 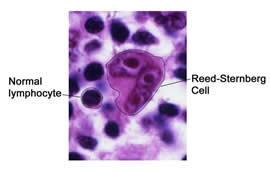 Lymph-node cancers (lymphomas) – Lymphoma refers to the cancer which effects immune cells known as lymphocytes. These immune cells belong to the category of white blood cells. In this cancer, formation of the solid tumors takes place in the immune system.

This cancer occurs due to malignant transformation of B or T cells or their sub types. B cells are involved in the production of antibodies, whereas active t cells are responsible for killing pathogens. Hodgkin’s Lymphoma is characterized by the Reed Sternberg malignant cells in the lymph nodes or in other lymphatic tissue. 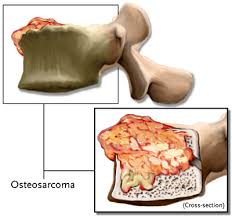 Bone Cancer (Osteosarcoma) – This cancer originates in the bones. Osteosarcoma is one the most common type of primary bone cancer. Chondrosarcoma comes next in the list. Osteosarcoma occurs due to abnormal growth of bone cells, resulting into a cancerous tissue known as a tumor. This cancer is generally developed in the areas of long bone called as the metaphysis like bones of the limbs. It is observed a little more in males than females. At tumor site, one might feel pain, swelling, decreased join motion or fracture as the symptoms. It is diagnosed by blood tests, X-rays and MRI of the suspected bone, CT of the chest, biopsy, etc. 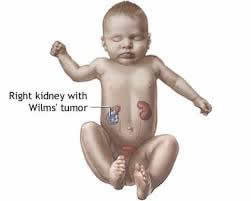 Kidney: Wilms tumor – Wilms tumor is a type of kidney cancer which forms a tumor on either or both kidneys. It is recognized by symptoms like a lump in the abdomen, blood in the urine, fever, etc.  Wilms tumor is also known as nephroblastoma. It is observed that girls have more chances of developing it in comparison to boys. The cells which should otherwise convert into mature kidney cells tend to remain immature in this condition and finally develop into the cancer.  It is also divided into two types – With favorable histology (appear like normal kidney cells) and with unfavorable histology (Appear differently form the normal kidney cells). 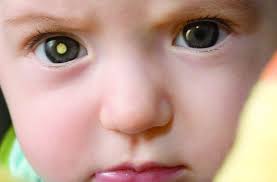 Eye: retinoblastoma – Retinoblastoma is a tumor which develops on the retina. This cancer can be present on one or both eyes. Retina is an important part of the eye and is often regarded as the light sensing part. This tumor occurs due to the over-production of the cells known as retinoblasts which are responsible for forming the retina. These tumors also spread to other parts of the eye. Its symptoms include eye pain, a constantly dilated pupil, red eye, eyes unable to move or focus in the same direction, a pupil appearing white when light is focused into it, etc. This tumor can be diagnosed by an eye examination and imaging test. 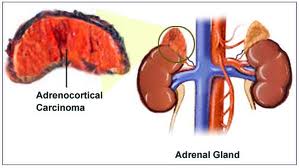 Most common cancers in adults are - 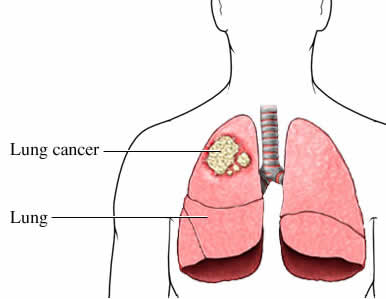 Lung Cancer – Lung cancer refers to the uncontrolled growth of abnormal cells taking place in one or two lungs, these abnormal cells form tumors and hinder the normal functioning of the lung. Lung cancer is generally divided into two types – Small Cell Lung Cancer or Non-small Cell lung cancers. It is treated by the combination of chemotherapy, surgery, radiation therapy, etc. Cigarette smoking is considered to be the main risk factor for occurrence of this type of cancer. 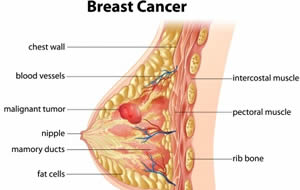 Breast Cancer (carcinoma) – This malignant tumor occurs in the cells of the breast. It occurs entirely in women, but rarely may occur in men too. It can occur at different location of the breast like the ducts, the lobules or sometimes in the connecting tissues in between. It can be indicated by symptoms and signs like change in the size or shape of breast, skin dimpling, nipple abnormalities, single duct discharge, and axillary lump. It is generally diagnosed by techniques like clinical examination, imaging and needle biopsy. 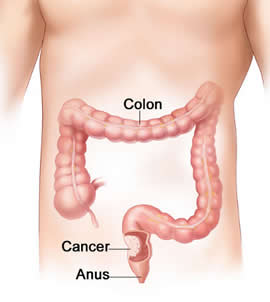 Colorectal Cancer – This cancer is also known as the colon cancer as it occurs in the colon or rectum. Colon is the large intestine and rectum refers to the tube that link colon to the anus. Colon cancers are generally developed first as colorectal polyps and later form cancer.

A change in the normal bowel habits or bleeding can be some of the symptoms. It is effectively treated with surgery, radiation and chemotherapy if detected in the early stages. 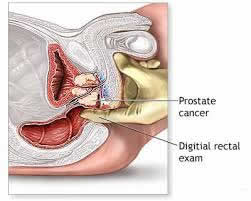 Prostate Cancer – Prostate refers to a part of the man’s reproductive system which is situated below the bladder. In case the cancer remains within the prostate gland it is known as localized prostate cancer, and if it spread to other tissues too, then it is known as extracapsular prostate cancer. The exact cause remains unknown still it is believed that with age, the risk of its development also tends to increase. Some of the common symptoms may include blood in the urine, decreased force in the urine stream, pain in passing urine, inability to pass urine, etc. 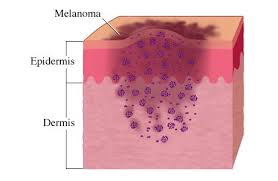 Skin (melanoma) Cancer– Melanoma refers to the cancer which develops in melanocytes (Pigment cells). Melanocytes are those cells which produce a dark pigment known as melanin. This pigment is responsible for coloring of the skin.  It is one of the deadly forms of skin cancers as it spreads into other parts of the body and in advanced stage can cause death too. Melanoma is diagnosed by biopsy.  Skin melanomas are also known as cutaneous melanomas. They are further classified on the basis of their appearance, thickness, and up to what extent they have spread. Apart from melanocytes, cancers originating in skin cells can start in the squamous cells and basal cells too.