Different Types of Soils in India

The term soil has been derived from the Latin word ‘solum’ which means ground. It is composed of the inorganic, organic components, living organisms like bacteria and algae and also air and water which takes the place at pore spaced between soil particles. It forms the uppermost layer of the Earth’s surface. The soil in its current form has reached after millions of years after its interaction with different weathering conditions. There are many different types of soils in India. According to Indian Council of Agricultural Research, soils can be broadly classified into these groups – 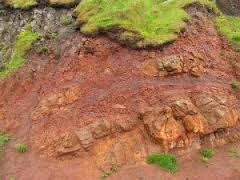 Laterite Soil – The color of this soil varies from red to reddish yellow. This reddish color is due to the presence of iron oxides. It is found in the tropical parts of India. It is mainly found in region lying in the zone of heavy rainfall with alternate wet and dry periods. It is deficient in nitrogen and minerals. It is found in parts of Maharashtra, Karnataka, Orissa, Kerala, Assam, Tamil Nadu, Western Ghats, Eastern Ghats, etc. 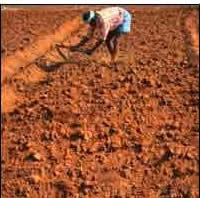 Red Soil – This soil contains high amount of iron and therefore is good for cultivation of crops like red gram, green gram, castor seed, etc. It is estimated that nearly 3,50,000 square kilometers in India are covered with this kind of soil. It is found in parts of Karnataka, Tamil Nadu, Madhya Pradesh, Chota Nagpur, eastern hills of Aravali in Rajasthan, southern districts of Uttar Pradesh, etc. These are formed on crystalline rocks by effect of long time weathering in hot climate. 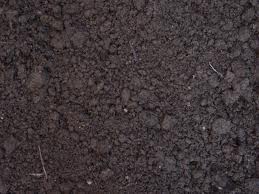 Black Soil – This soil is called as black soil as its color varies from dark grey to black. They have very high clay content. This soil is also known as Regur or Black Cotton soil. It has good amount of calcium, potassium and magnesium but low content of nitrogen. It is apt for crops like chilly, cotton, tobacco, jowar, cashew, etc. It is usually found in Deccan Plateau covering parts of Gujarat, Maharashtra, Andhra Pradesh, Tamil Nadu and Madhya Pradesh. They have a good capability to retain moisture in them. They are formed as the result of solidification of lava which covered and spread into large areas at the time of some volcanic activity in Deccan Plateau. 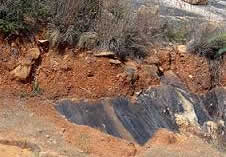 Forest and Mountain Soil – These soils are found on the hill slopes region covered by forests. These soils of mountainous regions are very susceptible to soil erosion. These soils are thin in texture and not very fertile. These soils have a high content of humus. They are found in regions of Jammu and Kashmir, Himanchal Pradesh, Uttaranchal, Sikkim, Assam, etc. The characteristics of this soil are defined by the organic matter which it takes from forest growth. It is suitable for plantation of coffee, tea, tropical fruits and spices. 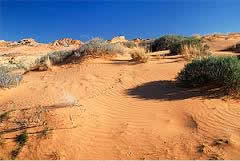 Desert Soil – These soils are found in regions having low rainfall. It is found in desert areas of temperate and tropical zones. The texture of this soil is sandy. They have high phosphate content nearly same as in the case of alluvial soils. However, they have low nitrogen content, but still nitrates are present to fill that gap for it. These are found mainly in the deserts of Rajasthan and in the southern regions of the Punjab and Rann of Katchch. This soil is not good for agriculture but still some agricultural activity can be carried out with irrigation. Crops like groundnut, wheat and Bajra are grown on these types of soils. 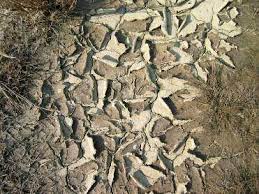 Saline and Alkaline Soil – These are found in areas which receive little more rainfall than in comparison to desert soils. They contain good amount of salts and alkalis and that is why these are known as saline and alkaline soils. Tidal water collects in adjoining coasts due to lack of proper drainage and gives rise to the formation of this kind of soil. Presence of salts makes it unsuitable for agriculture. It is found mainly in the drier regions of Bihar, Haryana, Punjab, Uttar Pradesh, etc. and nearly covers 68,000 sq km of area. – Peaty soils are formed in the humid region as a result of accumulation of organic matter in the souls. These soils remain covered under water at the rainy season and therefore are utilized for paddy cultivation later. The color of this soil is black and heavy. It is highly acidic in nature. It is mainly found in western regions of Kottayam district and Alappuzha district. Marshy soils are formed due to water logging anaerobic conditions of the soil. It contains iron and organic matter in different quantities.  Marshy soils are found in northern Bihar, Tamil Nadu, coastal parts of Orissa, West Bengal and in some parts of UP. 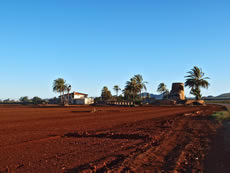 Alluvial Soil – This soil has been formed due to depositions by the river during flood. They are known to be good productive types of soils. However, they have low content of nitrogen, phosphorous and humus, however they are rich in potassium. It is suitable for cultivation of crops like sugarcane, paddy and plantain. It is found in areas of Punjab, Bihar, Haryana, Assam, West Bengal, Orissa, delta regions of southern India, etc. It is coarser in upper regions whereas the quality in deltas is much fine. Fertile ones are locally known as khaddar, whereas coarser ones are known as bangar.