Difference between 3G and CDMA

Key Difference: 3G stands for “third generation”, and refers to a networking standard in cell phone technology that is capable of providing high-speed data service to mobile devices. Whereas, CDMA stands for “Code Division Multiple Access”; it is a technology that refers to the network type.

Two popular terms: 3G and CDMA are often used when referring to wireless Internet and data access. When they both are used together, they will be termed as “3G CDMA”. However, the main focus is to differentiate between 3G and CDMA. 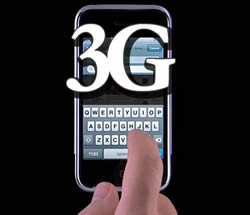 3G presently is the world’s best connection method when it comes to mobile Internet. 3G is the abbreviation for third generation. It offers a download speed of up to 3.1 Mbps (Mega bytes per second). In the early 1980s, 3G network was developed by the International Telecommunication Union (ITU). In 2003, it was first released in the U.S. with minimum consistent Internet speeds of 144Kbps (Kilo bits per second), but now there are so many varieties of 3G that now anywhere one can get an Internet speed of more than 400Kbps.

By 2010, 3G technology had become the latest in wireless network speeds and capabilities. However, phone companies are quickly rolling out 4G technologies. 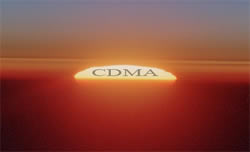 CDMA is a 3G technology and is the abbreviation of Code Division Multiple Access. CDMA was derived for use with 3G phones known as Universal Mobile Telecommunications System (UMTS) and CDMA2000, respectively. CDMA is most commonly found in North America and in some parts of Asia. The data transfer speed of 3G CDMA is not more than 15.67 Mbit/s (Megabits per second). It has different types of smart cards that only work with CDMA phones. CDMA networks may not cover rural areas. They may contract with GSM that is Global System for Mobile Communications for roaming in more rural areas, but the charge to the customer can be higher.

CDMA is basically an example of multiple accesses, which is where several transmitters can send information all together over a single communication channel. This allows a number of bands of frequencies that is the difference between the upper and lower frequencies in a continuous set of frequencies.

3G CDMA networks allows users to access a wide variety of content via their cellular devices. 3G CDMA networks are broadly growing because of the various capabilities like live streaming TV, social networks and media download, that can all be done over the cellular network at high speeds.

Since CDMA work by means to radio waves; 3G technologies work by means of an IP network, the radio signals from CDMA has to be translated into electronic data for use on the network or the phone has to switch back to a 2G network to make voice calls.

Comparison between 3G and CDMA: