Difference between Lounge and Pub

Key Difference:  Lounge is a place used for relaxation. It may also provide other facilities like serving food and drinks. Pub refers to a place where beer and other alcoholic beverages are served. Pubs are generally more crowded than lounges. The atmosphere of lounge is more peaceful than in comparison to pubs which are usually crowded. 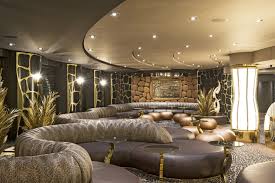 Lounge refers to a comfortable waiting area which is mostly a quiet place. Lounges are found in various places like airport, hotels, etc. The most important thing associated with them is that they provide a comfortable and relaxing environment to the guests.

It may also be equipped with entertaining mediums like T.V. etc. It is believed that the word has been originated form a French word s'allonger meaning to stretch out.  It may or may not serve items like liquer, food, etc. 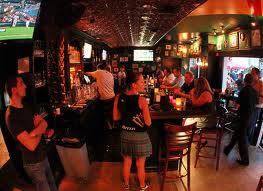 On the other hand, pub is a place which serves alcoholic beverages especially beer to the customers. The word is actually a short form of public house, which originally referred to any building open to the public. During 1660s, it got attached with its current meaning referring to a place that is licensed to sell wine and other spirits. Along with drinks, it often includes a menu for appetizers, salads, soups, etc.

Lounge is a relaxing place where people come to chill out alone or with a few friends. The waiting area in an airport or office is also known as a lounge as it provides a similar quiet environment to the user. These areas are known for their comfortable seating arrangements. Food and drinks may or may not be served in a lounge. On the other hand, pub is essentially a drinking establishment, where people come to enjoy drinks. Pubs have been associated with the British culture.

Lounges ae generally quiet with a few number of people. However, pubs are generally associated with a decent crowd. However, this is not always the case. The term pub is more popular in England, whereas similar place is known as a bar specifically in the U.S.A.

Comparison between Lounge and Pub: