Difference between Folk and Classical Music

With different styles of music popular all over the world and the evolution of music as an art form, people everywhere have different tastes and style regarding this form of art. Since the origin of music, forms such as hip-hop, rock, electrical, classical, folk, romantic, etc. have developed over the centuries. This article helps to differentiate between folk and classical music art forms. 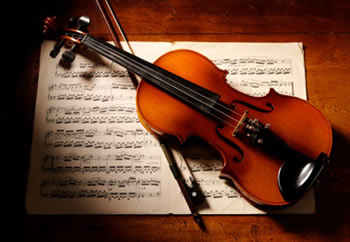 Classical music is referred to ‘art music’. It has its roots in the traditional western music. The central norms of this tradition developed roughly in the 11th century but reached their heights of complexity and development in the period between 1550 and 1900. Musical composers like Haydn, Mozart, and Beethoven structured its way to popularity over time.

The most outstanding characteristic of classical music is the written musical notation, which creates the musical score. This score determines details of rhythm, pitch and quality of the music written by the composers. Classical instruments like piano, organ and harpsichords are used. These instruments are required to perform in an orchestra, concerts or solo performances. The symphony orchestra is the most widely known medium for classical music.

Classical music is noted for its development of highly sophisticated forms of instrumental music. Usually, the composers often aspire to imbue their music with their complex emotions and the intellectual means by which it is achieved. Along with a desire to attain high technical achievement in writing their music, performers also want mastery in the technical art of classical music. The work of a classical repertoire often exhibits an artistic complexity through the musical form itself. Proficiency in reading and playing, understanding of tonal and harmonic principles, knowledge of performance practice, and a familiarity with the style inherent to the given musical works are the most essential skills of a classically trained musician. 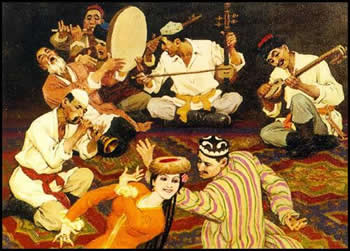 “Folk music” is music that is played or sung by ordinary people, not by professional musicians. It is traditional music that people learn by listening to other people playing it and then copying them. It is a tradition which is ‘handed down’ by one generation to another. It is hundreds of years old and is known to be contemporary in style.

Folk music was enjoyed and considered as the music of the 'peasants' who lived and worked at the grass roots level of society. It was a part of communal recreation. People would relax by playing and singing music together. They would often make up a new song or new piece of music or make changes to music that they already knew, this way music was always evolving.

Any folk song is part of folk music. Ballads were popular, as they were a narrative in the music form. It told stories of love, myths or folklore. Folk music was also used for dancing. People would sing in two or more parts and instruments such as pair of sticks, rattle or a simple drum were used. It was sung and played in different scales of nodes. The Ionian mode, major scale, was the most common and popular node of folk music.

Folk music sure had an influence on classical music or ‘art music’. By the 18th centaury, people from higher classes became interested in folk music as they wanted to be a part of tradition. Many famous composers have based some of their classical pieces on traditional folk music. Folk music has been influential in many classical pieces, and will most likely continue to inspire classical composers for centuries to come.

Comparison between Folk and Classical Music: