Difference between UML and ERD

Key Difference: UML stands for Unified Modeling Language. ERD stands for Entity Relationship Diagram. UML is a popular and standardized modeling language that is primarily used for object oriented softwares. Entity-Relationship diagrams are used in structured analysis and conceptual modeling. They are often used to graphically represent the logical structure of a database. 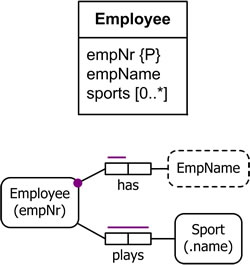 UML stands for Unified Modeling Language. It has been released by the Object Management group in the 1997. It is a design language that is often used to develop and build computer applications. It consists of a family of graphical notations that assists in describing and designing software systems. It is mainly employed in the systems developed using an object-oriented style. The UML is independent of an implementation language. UML can be used at various stages like analysis, design and programming. There are numerous kinds of UML diagrams like object, package, sequence, state machine, timing, use case, interaction, component structure, communication, component, etc. Jim Rambaugh, Ivar Jacobson and Grady Booch are the original authors of UML. 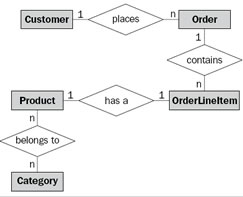 ERD stands for Entity Relationship Diagram. It works as an important component of a conceptual data model. ERD is often used to graphically represent the logical structure of a database. The model is based on three prime components:

Comparison between UML and ERD: