Key Difference: Nokia has recently announced a new phone to its line-up; the Lumia 928. The phone comes with a 4.5-inch AMOLED capacitive screen with broad back bezel. The phone is quite bulky and heavy, compared to other newer smartphones that are focusing on getting thinner and lighter. Xperia SP is a 4.6-inch TFT capacitive touchscreen phone that has been encased in an all-aluminum body. It is less then 10mm thick and weights approximately 155 grams. The screen offers HD reality display and is supported by the Mobile BRAVIA Engine 2. The SP works on 2G, 3G and LTE network (depending on market availability and sports a 1.7 GHz Qualcomm Snapdragon Dual Core processor. 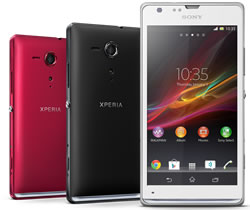 The Xperia SP is a 4.6-inch TFT capacitive touchscreen phone that has been encased in an all-aluminum body. It is less then 10mm thick and weights approximately 155 grams. The screen offers HD reality display and is supported by the Mobile BRAVIA Engine 2. The SP works on 2G, 3G and LTE network (depending on market availability and sports a 1.7 GHz Qualcomm Snapdragon Dual Core processor. The phone is available with Android 4.1 (Jelly Bean) with no word on if it is upgradeable to the 4.2 version. The phone has 8 GB worth of internal space, of which only 5.8 GB is available to the users; however, fret not Sony also offers a SD card slot that is expandable up to 32 GB.

For all the camera shutterbugs, the SP houses the 8MP Exmor RS camera that gives brilliant and sharp images in low-lighting, back-lighting and snaps shots with low noise. The camera also has features such as Superior Auto that uses Scene Recognition to automatically adjust the photo setting. Additionally, it also offers 16x digital zoom, autofocus and pulsed LED flash. One of the old features that have been revamped is the notification light from the Xperia P. The notification light has been added as a see through strip on the bottom of the handset. The notification light is customizable and the user can add different lights to different callers. The lights also changes pulse rate during songs. The notification light is visible on the both sides of the phone, making it easier to determine the caller through the light when the phone is placed faced down. The phone also offers aluminum power button the right panel and has also brought back the physical camera button. However, the phone isn’t able to record HDR video. Sony has not yet announced the prices and the launch dates for the phone.