Difference between Accent and Slang

Key Difference: Accent is a mark used to show the stress on a syllable or to pronounce with emphasis. Slang is a type of language that consists of terms, which are regarded to as unofficial way of speech.

In linguistics, an accent depends mostly on pronunciation of specific words or phrases. An accent is the manner in which different people pronounce words differently from each other. Accents differ depending on a particular individual, location, or nation. The accent can also help identify the locality, region, the socio-economic statues, the ethnicity, caste and/or social class of the speaker. All these factors affect the accent of a person. Diversity also plays a huge part in shaping different accents. Accents usually differ in the quality of voice, pronunciation of vowels and consonants, stress, and prosody. For example, the word ‘route’ is pronounced as ‘roote’, however some people prounounce it at 'raut'.

As accent is just a way of pronouncing or putting stress on certain vowels and consonants; almost everyone has an accent that differs from another person. Accents are developed as children learn to speak and pronounce words. As human beings spread to different parts of the world, speaking the same language in different ways forms different types of accents. 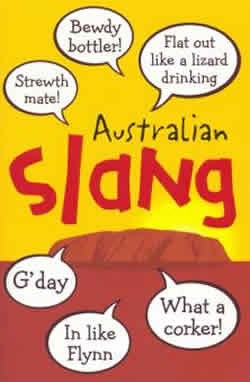 Slang is a type of language that consists of terms and phrases, which are regarded to as very casual or unofficial way of speech that is not applicable in each and every place or group of people. It is also known as abusive language, i.e., to abuse someone. Dictionary.com defines slang as “very informal usage in vocabulary and idiom that is characteristically more metaphorical, playful, elliptical, vivid, and ephemeral than ordinary language, as Hit the road or (in English and some other languages) speech and writing characterized by the use of vulgar and socially taboo vocabulary and idiomatic expressions.” These terms are mostly playful and it changes from one generation to another. It is not measured as the standard or typical language, but are measured as adequate in certain communal settings.

Comparison between Accent and Slang:

I believe you have the UK/US pronunciation of 'route' the wrong way round. We've always pronounced it as 'root' in the UK. I've heard Americans pronounce it as both 'root' and 'rowt'.

Thank you for pointing it out. It has been changed now.