Difference between Hazara and Pashtun

Key Difference: Hazaras are members of an Afghan ethnic minority group,  whereas the Pashtuns are a united group of tribes composing the largest ethnic group of Afghanistan.

Hazaras and Pushtons are two different ethnic groups of Afghanistan. There is a serious conflict between these two groups which started shortly after the founding of Afghanistan in 1747. They both come from different sections of the society, therefore they vary in various aspects which are discussed in this article. Afghanistan is a multiethnic society consisting of a wide variety of ethno linguistic groups. Some of the ethnic groups of the Afghanistan are Pashtun, Tajik, Hazara, Uzbek, Aimak, Turkmen, Baloch, Pashai and many more.

Hazaras are considered as Persian speaking people and they mainly inhabit central Afghanistan. The Hazaras form a minority group of Afghanistan, and thus are persecuted by the majority groups. They bear Asian features and thus are easy to identify among other Afghanistan people. They are Shia, mostly of the Twelver sect, while some are Ismaili and Sunni. Hazaras are also considered to be Turko-Mongol as they look like Mongolians and East Asians whereas they share a cultural background with the Turkic people of Central Asia. 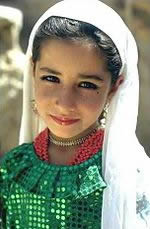 Pashtuns (also spelled as Pushtun, Pakhtun, Pashtoon, Pathan) form Afghanistan’s largest ethnic group. They mostly speak the Pashto language (a language from Indo-Iranian language family). Pashtun culture is based on traditional code of Pashtunwali, whch tells the individual how to behave as individual and in the society. ‘Pashtunwali’ is regarded to exist for almost 2000 years but it has undergone some changes. The religious and cultural definition requires Pashtuns to be Muslim and follow the Pashtunwali codes. Most of the Pashtuns are Sunni Muslims. They primarily worship a single god named as ‘Allah’. They generally reside in Southeastern Afghanistan and northwestern Pakistan.  They are considered to be from herder’s community. They are known for strong tribal organization.

They both have many differences, whether it is the major language they speak or the traditions they follow. One of the major differences between them is that they both generally follow different branches of Islam and thus their fundamental principles are different. Though, one can easily identify their ethnic group by their looks and appearance they possess. Few major differences have been mentioned in the table:-

I am Hezara in Islam there is no Shia Sunni? True Muslim speak truth.

We are all human being then Muslims and then Afghans. Over a century we have been divided by our enemies (divide and role) and look where we are? Lets get united and defend our land and love ones from our enemies. If we are united no one would dare to break us. Together we can be strong, free and happy. long live Afghanistan.

I think it is shi'a

No he's right, they are mostly shia

Fake info, the most hazaras are soennie muslim.

Hello Zendabode! Hazaras belong to Shia, Sunni, and Ismaili sects of Islam. However, the vast majority of Hazara follow the Shi'a sect (twelver Imami). This article has been written to provide a generalised information on these ethnic groups. The numbers may vary from one region to the another.

You say that the hazaras are shia muslims. Thats not right, the large group that lives in afghanistan (kabul) they are soennie muslims. Dont give wrong information.