Difference between AMD and Intel Motherboards 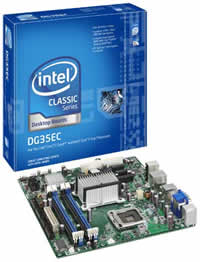 A motherboard is an essential component of any computer. It is a printed circuit board (PCB) that is responsible for holding all of the crucial components of the system, including but not limited to the CPU and memory. The motherboard also provides connectors for other peripherals devices, such as the DVD player, USB drives, sound cards, video cards, network cards, etc. It also provides electrical pathways so that the components attached to it can communicate. 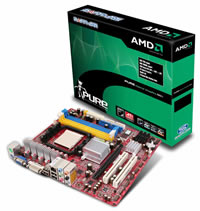 AMD and Intel are always competing with each other. They always aim to come out with the next best thing and stay a step ahead of each other. Hence, their products are always closely related with minor differences that each of the company thinks will make their product better. Due to this, the two motherboards are virtually the same, other than in terms of processor compatibility. They have similar components like memory, hard drives, graphics cards, etc., as all these components have been more or less standardized and hence use the same slots.

The number of slots and the amount of RAM that the motherboard can accommodate is mainly dependent on the make and model of the motherboard. This of course has an effect on pricing. Hence, a motherboard with more SATA ports and/or with more RAM compatibility will cost more.

However, a generalization is that AMD tends to be quite a bit cheaper than Intel. Intel is considered by most to have a better performance, even if by a slight margin. Due to this, Intel is considered to be priced higher. Hence, AMD is now considered to be the budget choice, whereas Intel has become synonymous with a performance choice. Still, a number of people tend to choose AMD over Intel because the AMD and Intel chips and circuit boards provide almost identical functionality, but the AMD version is much cheaper.

the fact is only processor they differ...RAMS are depending what motherboard u have such as DDR2 or DDR3 socket.