Difference between AML and ALL 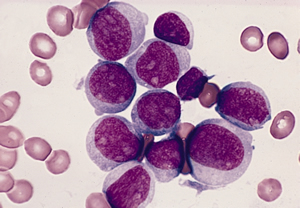 Acute myeloid leukemia (AML) and Acute lymphoblastic leukemia (ALL) are two of the eight different kinds of leukemia that exist. Leukemia or leukaemia is a type of cancer that targets the blood or the bone marrow. Leukemia is a broad term referring to a cancer of the blood and bone marrow, which is further classified under hematological neoplasms, which is an umbrella term referring to diseases affecting the blood, bone marrow, and lymphoid system. Leukemia is a curable disease, but depends on the type of disease, the age of the patient when diagnosed and the progression of disease when diagnosed.

IN AML, the cells cause rapid growth of these immature white blood cells in the bone marrow disrupting the production of normal blood cells. AML occurs more commonly in adults and more in men compared to women. The incidences of AML are believed to increase with age. AML is caused by the replacement of normal bone marrow with leukemic cells, which causes a drop in red blood cells, platelets, and normal white blood cells. Symptoms of AML include: fatigue, shortness of breath, easy bruising and bleeding, frequent occurrence of infections, etc.

There are many variations of AML, which are caused by differences in cytogenetics, the structure of the leukemic cell. Some subtypes of this disease have a good prognosis, while others have a bad one. Complete eradication of the cancer is considered best when leukemia is diagnosed in the early stages. Treatment includes chemotherapy and a combination of other therapies that keep the patient from going into remission. 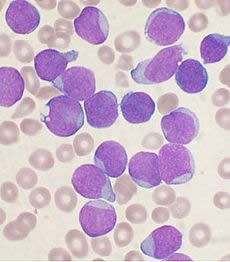 AML is more common among children and senior adults. It is found commonly during the ages of 2-5 in children and shows another peak in old age. The term ‘acute’ is assigned to describe the short time course of the disease because if left untreated, the disease can cause death in a short number of months. ALL is caused by the spreading of these malignant immature white blood cells throughout the whole body, specially spleen, lungs and lymph nodes. Diagnosis is usually done through medical history, physical examination and complete blood count. The blood count shows if there is a high level of lymphoblasts or a low level of red blood cells in the system.

There are many variations of ALL, also caused by the differences in cytogenetics of the cell. The Cytogenetic translocation determines the prognosis of the disease and whether it is curable. Symptoms of ALL include: weakness or fatigue, anemia, unexplained fever, weigh loss, excessive bruising or bleeding, breathlessness, enlarged spleen, liver or lymph nodes, bone/joint pain, etc.

Please correct the table as its contents are mixed up and creates lot of confusion.

GO over the table again.You have the disease profiles mixed up

This is wonderful, thank you!!