Difference between VIP and VVIP 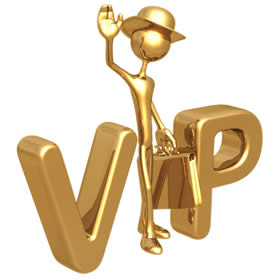 Though people claim all are equal, or demand equality of all, the truth of the matter is that not all are equal, some are more equal than others. What this means is that no matter what some people will be treated as more important than other, such as VIPs or VVIPs.

VIPs are considered important for a variety of reason, one being that they tend to have more money, this usually include business leaders, moguls, etc. Basically, if you are millionaire or a billionaire, then you are automatically more important that others who are aren’t. After all, money talks in this world. Another reason is if they are famous, such as movie stars, singers, members of a music band, etc. Alternately, they could also be in a prominent position or be affiliated to political parties, such as higher level management in government offices, or the President or Prime Minister. There is often much overlap in their roles; such as if one is famous or a business leader, they may often have money.

VIPs are often given preferential treatment, which means that they will either be given better products or services. They may have separate VIP entrances or private cars driving them to these entrances. There may also be special areas marked off i.e. VIP areas, where the other folks are not allowed to go. In terms of protection, VIPs often have their own bodyguard, or in case of military or political affiliations, they may have bodyguards assigned to them.

VVIPs are generally considered even more important than the VIPs, hence the name. The term VVIP is used less commonly than VIP. It is most commonly used in terms of protection, where a VVIP is deemed to require more bodyguards and more protection than a VIP.

The terms are often also used for tickets or packages, where the VIP tickets cost more than the normal tickets, and the VVIP Tickets cost even more. Anyone can purchase these tickets as long as they have the money for it.

Comparison between VIP and VVIP: