Difference between Biscuits and Crackers

Key Difference: Biscuit is a variety of quick bread made from ingredients like flour, leavening, shortening, and milk or water. Crackers are types of biscuits which are neutral or less sweet in taste. They are thinner and crispy than other types of biscuits. 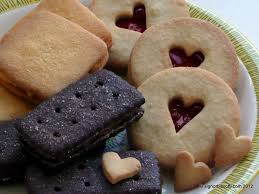 The word biscuit has been derived from the Latin words bit coctus which means twice baked.  Biscuits are generally known as a type of quick bread. It is made from ingredients like flour, leavening, shortening, and milk or water. The dough is prepared by mixing these ingredients and then it is rolled out. Flat and small rounds are cut from it. Then these rounds are baked. Biscuits are also available in many other shapes.

It was named as biscuit as originally it was placed in oven after taking out from the tin.  There are different types of biscuits; however there are basic features which are always associated with a biscuit. All biscuits are small cakes or breads, which are dry in nature. Cracker actually refers to a thin and crispy wafer or biscuit. It is generally prepared by using unsweetened dough. Its thinness, crispiness and unsweetened taste like attributes are used for differentiating it from the other biscuits. Crackers can be leavened or unleavened. Crackers are usually served with toppings like cheese or jam. A cream cracker is made by using wheat flour and yeast.

Crackers tend to be low in calories than other types of biscuits. They are also used as bread substitutes. Therefore, crackers can be considered as a special member of biscuits which are dry and possess a long shelf life. The dough of cracker is generally fermented with yeast. Sometimes, crackers and biscuits are also used interchangeably.

Comparison between Biscuits and Crackers:

The Latin origin of "biscuit" is "bis coctus", not "bit cotus", which is nonsense. It came into English by way of Old French.

Hello, thank you for pointing out that typo. It has been corrected.