Difference between Bullying and Teasing

Key difference: Teasing in general is a playful, fun or friendly way of poking or making fun of each other, wherein neither party feels hurt and just has a good laugh about it. Bullying, on the other hand, is intentional, aggressive and negative behavior, where a bully intends to hurt the other person by the show of power. So, the key difference between bullying and teasing is based on intent.

Kids love poking fun at each other. It’s just what they do. But, they often fail to maintain the thin line between teasing and bullying, and simply cross it. Hence, it is important for all to understand the difference between the two controversial terms. Teasing is a part of life. Sometimes, it is fun, and sometimes it is plain hurtful. Teasing is a social human exchange that is usually perceived as friendly, neutral or negative. It can take various forms, from playful to jovial, to demeaning to hurtful and all the way to hateful and abusive. So, it becomes vital to know where to draw the line i.e. when to stop teasing. 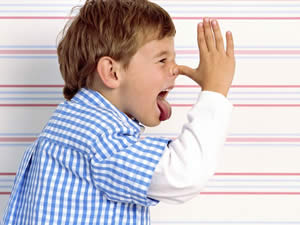 The most common form of teasing is verbal teasing or taunting. Teasing is fun when people are laughing, smiling or joking by ‘having fun with each other’, but becomes hurtful and cruel when it is ‘making fun of another’. Though, teasing is often considered a way of relating with others as it helps to create new connections and bring closer relationships. The other benefits of teasing include promotion of social affiliations, dealing with awkward situations, and bringing the teaser and the person being teased closer together.

Though, all this simply turns hostile when people start using teasing as a way to gain greater social status, exercise their power on weaker people or just the intention of hurting other people by making their fun. And, if this kind of teasing is done on a daily basis, then it is termed as ‘bullying’. It is because if a person is troubled by the regular teasing, is being made fun of on things that are out of his control such as disabilities, faith, religion, color, etc. then the teasing takes a turn for the ugly and the bad.

The ‘ugly and the bad’ is termed as ‘bullying’, where a person, for no reason or purpose, is being mean and hurtful to another person on a regular basis. It is the use of threat, force to abuse, intimidate or aggressively impose domination over others. The behavior is often repeated and habitual i.e. the victim is under a daily scanner of being made fun of by the bully everyday. 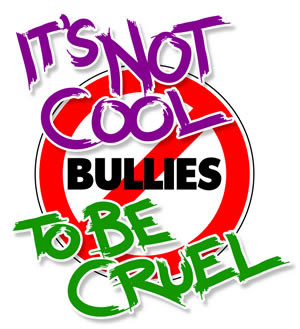 Bullying is characterized by an imbalance of power. The goal is to exert power, which is why; bullies are commonly characterized as bigger, older, smarter and stronger than the victims, both physically and mentally. Though, bullying is often though of as physical aggression, it is mostly verbal. Verbal bulling includes repeated name-calling, hostile teasing and taunting, slurs regarding race, sexual orientation, and religion, and abusive remarks that are sexual in nature.

Bullying is an unacceptable social behavior that causes insecurity and inferiority in the minds of the victim and then they start to feel unsafe even in the safest environment. Bullying is known to affect the mind and the psyche of a child or an adult, which makes him withdrawn, inward, socially fearful, and a misfit. Based on his, one should remember that Bullying is a crime, and it should not be tolerated by anyone, let alone a child.

Some experts view the difference between teasing and bullying as only a matter of degree. Bullying often begins with mild teasing as the bully carefully searches for a vulnerable target. Once the target is acquired, the teasing escalates and becomes more intense and persistent, which leads to the target being bullied. And, the only way to fight the bullies is by standing up to the bullies, understanding that it is just words, and that never loose confidence in oneself.  As this happens, people begin to respond to teasing with tools and words that empower them to react quickly, effectively, and confidently, they are less likely to become victims of bullies!

Comparison between Bullying and Teasing:

Short, direct to the point...perfect!

i didnt knew these words are different.
strange...nice share though...

wow...i couldn't even thought that there could be such a huge difference between these two words...nice article.