Difference between Coffee and Caffeine

Key Difference: Coffee and Caffeine are two completely different substances. Coffee is a drink brewed by straining water through powdered roasted coffee beans, while caffeine is a widely consumed psychoactive drug most commonly found in coffee and carbonated drinks. 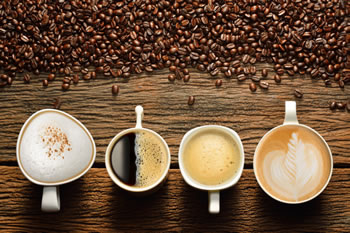 Over 90% of the world consumes coffee. It is the most common consumed beverage as a ‘wake me up’ or a ‘pick me up’. Well, this the why coffee and caffeine often go hand in hand. One can never talk about coffee, without mentioning the pitfalls of it – caffeine. The ‘pick me up’ aspect of the coffee is nothing but the caffeine that is found in the drink.

Coffee is a drink that is brewed from the beans of the Coffea plant. The beans are green in color, which are then roasted to varying degrees for different tastes. The more roasted ones are slightly bitter than the ones that are lightly roasted. There are two most commonly grown beans: Arabica and robusta.

The roasted beans are ground and depending on the size are used in appropriate machines. The normal coffee machine do not require a fine powder, but a cappuccino machine does. The ground powder is then placed in a filter and has hot water passed through it with some pressure. The result is a brown brewed liquid that can be consumed black or with milk and crème. Depending on what is added to the coffee, the name of the final product changes. For example: coffee (also known as espresso) when added to steamed milk becomes a latte.

Coffee can be dated back to Southern Arabia. The earliest evidence of coffee-drinkers was found in the 15th century in the Sufi shrines of Yemen. The first types of coffee were known as ‘chaona’, dated back 1598. It was believed to be a misprint, with the correct word assumed to be ‘chaoua. The exact term ‘coffee’ is believed to be derived from the Ottoman Turkish ‘kahve’, possibly by way of the Italian caffè.

On the other hand, caffeine is actually a drug, a mild form of psychoactive drug. However, it is addicting in nature over the course of a long time. A psychoactive drug is a chemical substance that changes the brain function and results in alternations in perception, consciousness and mood. It is a legal drug and is considered safe by the Food and Drug Administration as it does not cause a lot of damage to the body and its functions. 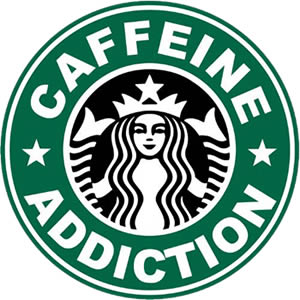 A cup of coffee contains 80–175 mg of caffeine, depending on what "bean" (seed) is used and how it is prepared. Hence, a lethal dose of caffeine would require around 50 or more cups of coffee in a day. The infusion of the powdered bean into the water is what releases the caffeine and it is known to have both positive and negative effects on a human body. Positive effects include aiding and protecting against some diseases, while negative effects include addiction and withdrawal like symptoms if coffee not consumed. Coffee also increases blood pressure, heart rate and increase urine output.

Not all coffee needs to have caffeine. For pregnant women and mothers (who are advised to refrain from having caffeine in their diet) can opt of decaffeinated coffee, which means the coffee is packaged and sold after the caffeine has been removed for it. It is a much safer alternative to reducing caffeine intake in the system.

The Mayo Clinic website provides a list of coffee types and the amount of approximate caffeine that can be found in it:

Comparison between Coffee and Caffeine: