Difference between Covert and Clandestine 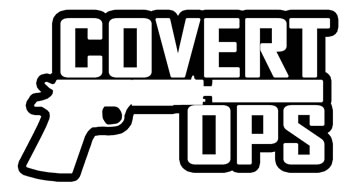 The terms Covert and Clandestine are often used together in the same context and as synonymous. However, it should be noted that while the terms are similar, they are do not actually mean that same thing. Instead, there is a slight difference between the two terms.

Both covert and clandestine refer to things that are done secretly or not openly. However the implication of the two terms are different from each other.

Clandestine, on the other hand, refers to something that is secret and is meant to be hidden; very few people other than the ones directly involved in the act know about it. Hence, there is this implication of extreme secrecy, which covert does not have.

Additionally, things that are clandestine are usually secretive because they are not commonly morally correct. They are often in the wrong, which is why the people involved often choose to keep them secret. Whereas, covert does not have this moral implication.

Another difference between them is that fact that the term covert is typically used in a military context, i.e. covert operations, covert spies, etc. The implication here being that why the military or even the some of the public may know about it, they are not openly discussed as doing so may lead the knowledge to be passed to the enemy.

The term clandestine, on the other hand, is commonly used in both, a military context, as well as in common usage. In terms of clandestine missions or operatives, they are kept a secret from everyone who is not directly involved in it. The reason behind this is to primarily to keep them safe from the enemy, however, there is also an implication that what they may be doing may not be 100% legal, and hence may draw backlash. For example: a clandestine mission to assassinate someone who is considered a threat.

However, the term clandestine is also commonly used in general language, such as referring to clandestine meetings with an ex or with a mistress. These kinds of meeting are usually clandestine, i.e. secret because people would not approve of them as they are morally questionable.

Comparison between Covert and Clandestine: