Difference between Douchebag and Scumbag

Key difference: Both douchebag and scumbag are used to describe an offensive and obnoxious person. However, douchebag is just a tad better than scumbag. 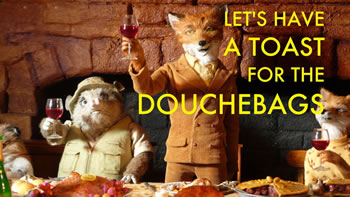 No one likes a person who’s filthy, unhygienic, and uncomfortable to be around. So naturally, one would distance himself/herself away from such a person, or publicly make aware their distasteful feelings and thoughts about that particular person. Douchebag and scumbag are two terms that specifically serve this purpose.

The reason why both are confused and often thought the same is because there’s actually nothing much differentiating them. Both these words are used as slang, used to describe an unpleasant male person, used grammatically as a noun, and suffice to define people having despicable characters. However, the common consensus is that being called a scumbag is far more derogatory than being called a douchebag.

A douchebag is an arrogant, snobbish and pretentious person, who tries to hog all the limelight available. He always boasts about his trifling achievements as though he’s scaled a mountain no less than Mount Everest. A douchebag would act as if he is the be all and end all of a party or a public gathering. He thinks that he’s cool, smart, intelligent, and an instant hit with the ladies, but sadly, the only people to think like that would be his douchebag friends and himself. 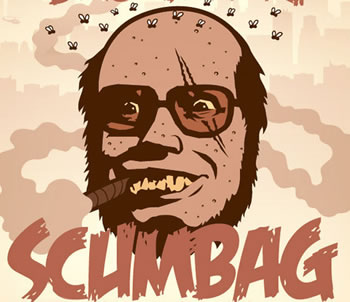 Scumbag is usually used to denote a person who’s vulgar and sleazy. He is a person who objectifies women and looks at them only from this perspective. Lowlife criminals, goons, thugs, etc. are also termed as scumbag. A scumbag would be the most worthless and detestable person in a crowd. The term 'scumbag' has evolved from scum, which means dirt. So if a person is called a scumbag, then he is probably valued to be equivalent or lesser than the dirt or scum that one can find at the bottom of a pit or a pond, etc.

The meaning of both these terms provides an outline of the differences existing between them, such as that a scumbag is more disparaging as compared to a douchebag. A douchebag is essentially a stupid and silly person, while a scumbag appears to be morally corrupt and hopeless. If a person desperately needs help, a douchebag is more likely to help him/her out, but the same cannot be stated about a scumbag. A scumbag is considered as a reprobate that has no chance of being acceptable in society, whereas a douchebag has a chance at least to turn it around.

Therefore, there isn’t much difference between these two terms, except their meaning and the context in which they’re used.

Comparison between Douchebag and Scumbag: