Difference between Ebola and AIDS

Key Difference: The main difference AIDS and Ebola is the fact that a person that has been infected with HIV can live for more than 10 years without even getting AIDS. However, a person infected with Ebola will start to show symptoms within 2 to 21 days. 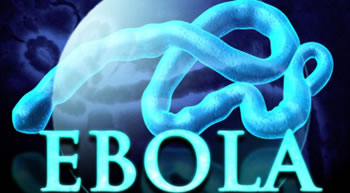 Ebola and AIDS are two different illnesses that can attack humans. Ebola is caused by the ebolavirus, whereas the Acquired Immunodeficiency Syndrome (AIDS) is caused by the human immunodeficiency virus (HIV). While AIDS is actually the last stage of the infection caused by HIV, the term is often used to the entire illness.
The main difference AIDS and Ebola is the fact that a person that has been infected with HIV can live for more than 10 years without even getting AIDS. However, a person infected with Ebola will start to show symptoms within 2 to 21 days. Still, an Ebola patient cannot infect another person until he has started to show symptoms, whereas a person with the HIV infection can infect others even if he does not have any symptoms himself.
Another difference between Ebola and AIDS is the fact that with proper treatment, a person can prolong getting AIDS even if he is already infected with HIV, which means that a person can live a long and fairly healthy life. However, there is a 25% to 90% chance that a person with Ebola may die.
However, Ebola is fairly isolated, as compared to HIV and the number of cases affected by Ebola is much less than HIV. As of 2012, approximately 35.3 million people are living with HIV globally, whereas Ebola had 1,716 cases in 24 outbreaks until 2013. The 2014 West Africa epidemic had 13,567 reported cases of Ebola up until 29 October 2014, resulting in 4,960 deaths.
While, both can spread through the exchange of bodily fluids, such as blood, semen, breast milk, etc., Ebola can also be spread through urine, saliva, sweat, feces, and vomit, hence making it faster and easier to spread than HIV. 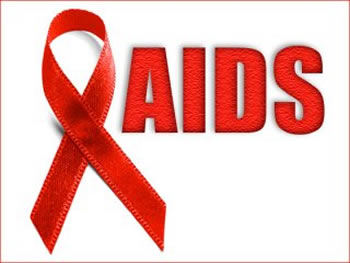 The symptoms of the two diseases also differ. Within two days to three weeks of contacting Ebola, the patient may show symptoms of fever, sore throat, muscle pain, and headaches. This escalates to vomiting, diarrhea and a rash, as well as impaired kidney and liver function. In some cases, patients show both internal and external bleeding, such as oozing from the gums, or blood in the stools. This eventually culminates to death between six to sixteen days of contracting the disease.
There are three main stages of HIV infection: acute infection, clinical latency and AIDS. While the first two stages of HIV include symptoms such as fever, swollen lymph nodes, inflammation of the throat, rash, muscle pain, malaise, and mouth and esophageal sores, the third and the last stage of AIDS is the worst. AIDS is characterized by low CD4+ T cell counts, lower than 200 per microliter, this allows other opportunistic infections to take root and wreak havoc with the body. This also increases the chances of various viral induced cancers including Kaposi's sarcoma, Burkitt's lymphoma, primary central nervous system lymphoma and cervical cancer.
Comparison between Ebola and AIDS: