Key Difference: Economic growth refers to the increase in amount of goods and services that is produced by a nation’s economy over a specific period of time, most commonly a year. Cultural growth refers to an increase in the different cultures that are a part of a nation. Cultural growth cannot be calculated in terms of a year or so, as they take around a decade or more in order to grow.

Economic growth and cultural growth are both an important part of a nation and go hand in hand; economic growth draws more people and different cultures to a country and cultural growth increases the spending power and economy of a country. Though they work along-side each other to promote a nation, they are two different things and should not be confused with each other. 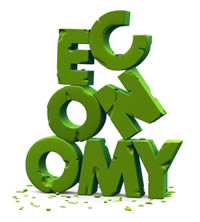 Economic growth refers to the increase in amount of goods and services that is produced by a nation’s economy over a specific period of time, most commonly a year. It is measured as the percent rate of increase in real gross domestic product, or real GDP. Growth is usually calculated in real terms, meaning it includes the inflation rate, in order to avoid the effect of inflation on the goods and services produced. The study of economic growth of a country is known as economics, which includes microeconomics (earnings of individual household) and macroeconomics (earning of the country as a whole). The study of economic growth differs from the study of development economics, with the former focusing primarily on how countries can advance their economies.

The growth in economy has been attributed to increase in population, accumulation of capital and increased productivity. Other factors that can affect economic growth include inflation, capital entrepreneurship, competition, employment, resources, government policies, investments (foreign and local), technological progress, etc. Traditionally, increase in productivity has played a major part in economic growth, which saw a massive jump during the Industrial Revolution. The Industrial Revolution replaced many human jobs with machines and increased the output of products and goods, thus increasing productivity. Economic growth focuses on increasing a country’s GDP, GNP (gross national product) and standard of living. Economics state that though an increase in population can help the GDP of a country, they do not necessarily help increase the standard of living. A better GDP also allows a country’s government to borrow less from the private sector or international banks and provide better facilities to their citizens.

Cultural growth refers to an increase in the different cultures that are a part of a nation. Cultural growth cannot be calculated in terms of a year or so, as they take around a decade or more in order to grow. It cannot also be calculated by statistics, charts or surveys. The main focus of cultural growth is diversity that is present in a nation’s culture. Culture includes factors such as views, lifestyle, language, art, traditions, customs, festivals, religion, etc. The study of cultural growth is known as anthropology, which places a major focus on reoccurring or evolving patterns that take place in society and cultures throughout the ages.

Since is no exact way to determine a cultural growth, anthropologists look at different theories such as evolutionism and diffusionism in order to explain the cultural growth and how it affects the society. Evolutionism is the theory that explains how cultures and societies have changed over time, while diffusionism is theory of how cultural items such as ideas, styles, religions, technologies and languages, have spread between individuals or to different cultures. Some countries such as the United States have become popular due various different cultures that can be found in the single country (for example: Little India, Little Mexico, Chinatown, Little Italy, etc.) Westernization has become a big part of a cultural growth of changes, as it is believed to be affecting the various “traditional” cultures that are still present.