Difference between Fact and Truth

Key difference: Facts and truth are two words that we come across very commonly. They are closely related and hence many dictionaries actually list them as synonyms. However, truth is often considered to have a grander scope than fact. Truth takes in consideration feelings and beliefs, whereas they have no place in fact. A fact is something that is true everywhere and for everyone. However, something that is true for one person may not be true for everyone. 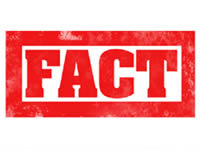 Facts and truth are two words that we come across very commonly. These terms are used in our daily lives. They are closely related and hence many dictionaries actually list them as synonyms. However, truth is often considered to have a grander scope than fact.

The term ‘fact’ is derived from the Latin word ‘factum’ meaning "a thing done or performed", but this definition is now obsolete. The new definition of fact states something that has actually occurred or happened. Facts can be verified or proven using standard references or scientific experiments. The word fact is sometimes used synonymously with truth. Scientific facts usually arise from scientific inferences, an educated guess or opinion, made by a person, though it is not a fact until is proven. Facts are hard core and hence they cannot keep constantly changing; a fact remains a fact until proven otherwise. For example, people used to believe that the world was flat, until observational evidence proved it to be a sphere. Ferdinand Magellan is credited with proving the world is not flat when he and his crew were the first to complete the circumnavigation of Earth. Facts are also universal and they do not change according to region, cast, culture, religion, etc. Laws such as Law of Gravity, Boyle’s Law, etc are also considered as facts.

According to Dictionary.com, ‘fact’ is defined as:

Truth, on the other hand, is a true state of a certain matter, person, place, thing or event. Truth is considered to be more archaic than fact. It is more subjective than resolute fact. Dictionary.com defines ‘truth’ as: 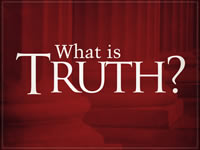 John is in Paris. – Truth – John is currently in Paris, however this is not a fact because he will not always be in Paris. He may only be there for vacation, and in a week will return. Hence, in a week when John leaves Paris, this statement will no longer be true. It will be considered false, as John is no longer in Paris, he returned home.

Might the Eiffel Tower one day be moved to Moscow? Might John be born, live, and die in Paris? Your example is meaningless...