Difference between Ghost and Devil

Key difference: Ghost and Devil are considered to be supernatural beings. Ghosts are the souls and spirits of deceased humans, whereas the Devil is believed to be the personification of evil, and the enemy of God and humankind. 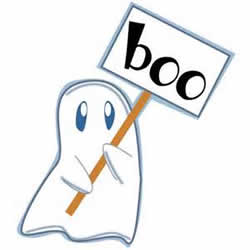 Ghosts are generally described as solitary essences that haunt particular locations, objects, or people. Also, their appearance is generally regarded as an omen or portent of death. However, scientists believe that ‘ghosts’ are a result of optical illusion and there is no credible scientific evidence to support their origins. They argue that it is the human peripheral vision, which misleads or misinterprets different sights and sounds like the presence of ghosts and that all these are simple hallucinations which are experienced late in the night when the brain is tired and is more likely to make mistakes. Also see: Ghosts Vs. Demons 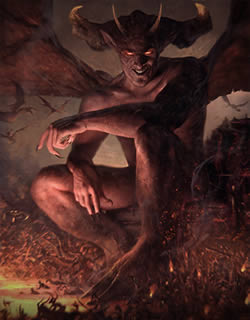 According to Dictionary.com, a ‘devil’ is defined as:

In many religions, myths, and cultures, the devil is believed to be the personification of evil; he is the enemy of God and humankind. The term ‘devil’ was derived from the Greek word ‘διάβολος’ or ‘diábolos’ which means a slanderer or an accuser. However, the role of the word ‘devil’ varies and ranges from being a strong force against the creator of the world, i.e. God, or locked in horns for the human soul, to be a comical figure of fun or an abstract aspect of the individual human condition.

In religions such as Christianity and Islam (Christianity Vs. Islam), the devil is considered or regarded as a rebellious fallen angel that tempts humans to sin or may commit a devil deed himself. However, in Judaism, there is no clear concept of a devil. Many religions have associated the devil as a pagan symbol, or a metaphor which represents a crisis of faith, individualism, free will, wisdom, and enlightenment.

The Devil is said to be the ruler of hell, where he and his demons punish the damned; he commands a force of evil spirits or demons. Other popular beliefs are that he is Satan, the hater of mankind and believes in spreading lies and wreaking havoc on the souls of mankind, he has the power to cast evil suggestions in hearts of men and women. Modern conceptions of the Devil include that ‘the devil’ symbolizes the concept of humans’ own low nature or sinfulness.
Also see: Soul Vs. Spirit

Difference between Ghost and Devil: