Difference between Ghost and Vampire

Key difference: Ghost and Vampire are both considered to be supernatural beings. The main difference between the two is that vampires are considered as mortals, who live up to 1000 years, whereas ghosts are the soul and spirit of the deceased. 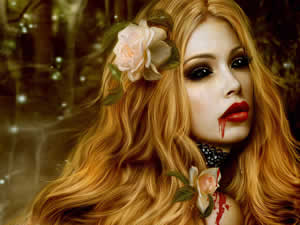 The concept of vampires was introduced by Bram Stoker in 1897; he wrote a book named ‘Dracula’ which turned out to be a quintessential vampire novel and provided the basis of the modern legend. This book spawned a distinctive vampire genre, and since then vampire is considered as a dominant figure in the horror genre.
See the difference: Soul Vs. Spirit

The notion of vampirism has existed for millennia; cultures such as the Mesopotamians, Hebrews, Ancient Greeks, and Romans had tales of demons and spirits which are considered similar to modern vampires. There were many beliefs regarding this notion. In most cases, vampires were considered as spirits of evil beings, suicide victims, or witches. They were described as bloated in appearance, and ruddy, purplish, or dark in color; also, blood was seen seeping from the mouth and nose; the left eye of the vampire was open in their shroud or coffin; they would be buried in a linen shroud.

Though originally, vampires were said to be women, who would seduce men and feast on their blood; based on modern books and movies, they can be any gender now. Also, now they are depicted as handsome, charismatic, charming pale human beings that prefer feasting on human blood. They are now considered to be more humanized and people with feelings. Based on every author or writers imagination, vampires were considered to have many characteristic descriptions; they had abilities such as ESP, telepathy, telekinesis; or the ability to turn into bats; some made them vulnerable to the sun by causing them to burn horrifically; others gave them the ability to glitter. Also, the Crosses, Wooden stakes, Holy water, certain herbs (vervain), garlic and silver are considered as weaknesses of vampires. See Ghost Vs. Witch 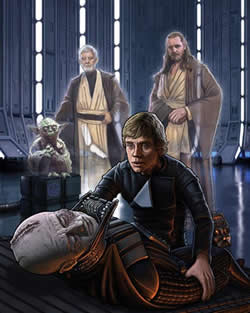 A ‘ghost’ is the soul or the spirit of a dead person or animal. Ghosts are described to be an invisible presence, translucent or barely visible wispy shapes, or realistic visions; it is a traditional belief that ghosts are visible to the living in many forms or manifestations.
See: Ghosts Vs. Demons

Ghosts are generally described as solitary essences that haunt particular locations, objects, or people. Also, their appearance is generally regarded as an omen or portent of death. However, scientists believe that ‘ghosts’ are a result of optical illusion and there is no credible scientific evidence to support their origins. They argue that it is the human peripheral vision, which misleads or misinterprets different sights and sounds like the presence of ghosts and that all these are simple hallucinations which are experienced late in the night when the brain is tired and is more likely to make mistakes.

Comparison between Ghost and Vampire: