Difference between Hope and Expectation

Key Difference: Hope is a positive feeling which originates from within. It is related to one’s desire that something should happen. Expectation is also a similar desire but unlike hope, most of the expectations depend on others in order to get fulfilled. Hopes are considered to be healthier than expectations; failed hopes are not dangerous as failed expectation. 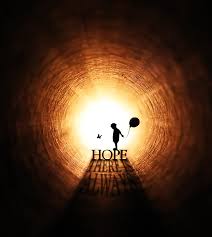 Hope and expectations are related to very personal feelings of a human being. Both are experienced by every individual. In many of the dictionaries, they both are used to define the definitions of each other. However, both are different from each other in context to personal feelings.

Hope is the anticipated belief regarding to events or circumstances. It is related to a positive outcome in which one desires that something has the possibility of getting fulfilled. It is about a feeling in which one feels that his or her wishes will come true. It is always associated with a positive feeling. For example - one can hope for a better future or for a better world.

Expectation may be described in the same way as hope is described, as it is also related to the feeling of anticipation in which one believes that something will happen. Still, expectation and hope are different to each other especially in context to the related implications.

When we hope that something will happen, it is mostly associated with ourselves. Hope is mostly based on one’s dreams, goals and thoughts. Hope is all about an eternal feeling which cannot be described to anyone else. On the other hand, an expectation mostly  involves others knowingly or unknowingly. One expects from others to react or behave as he wants. 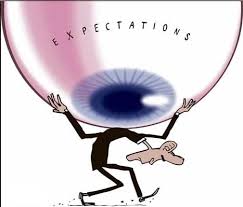 Unfulfilled expectation and hopes also lead to different results. If a hope is not turned into reality, one is disappointed but not to that extent as in the case of expectation. A person tends to be judgmental while framing opinions regarding others who are to be blaimed for failing an expectation.

A failed hope still leaves you with chances of hoping again. One does not primarily attaches a hope with the whole inner happiness. It is just what linked to one’s thought regarding what might happen.  If it doesn’t happen, then still person deals with it from a positive viewpoint. On the other hand, if the expectations are not fulfilled, then one gets really frustrated. It infuses some kind of negativity. True hope is more open minded than expectations.

Many of the hopes consider that destiny will play an important role in fulfilling the hope. Still, they focus on realistic desires. This is a faith which resides in the heart. On the other hand, expectations are mostly related to misguided and unrealistic demands.

Comparison between Hope and Expectation: