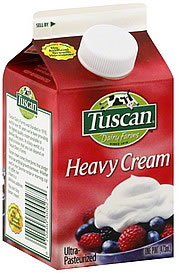 Sugar delights, cakes, cookies and whipped cream topped drinks are a delight year round. There is no season for cake, cookies or brownie topped with whipped cream, yum. Whipped cream, a sweet foamy substance that makes everything tastes better, can actually be made in many different ways. If a recipe says whipping cream, but you only have heavy cream, fear not in some ways heavy cream and whipping cream can be exchanged. Let’s understand what is cream and what the exact difference between the two types of cream.

Cream is basically the butter fat that rises to the top of whole milk before homogenization. Although, the cream will rise to the top if left as it, there is an industrial process to speed it up. People who bottle and sell cream use centrifuges also known as "separators" in order to separate the milk from the cream faster. The difference between different creams is determined by the butterfat content. Creams come in two grades, “pasteurized” or “ultra-pasteurized”, of which Ultra pasteurized creams have a longer shelf life than pasteurized creams. 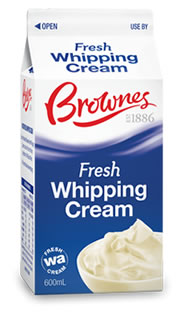 Heavy cream or heavy whipping cream has a 36 to 40% fat percentage of butterfat that is perfect for use adding to soups, filling and piping deserts. Heavy cream is thicker because of the fat content and tends to remain for a longer period of time. Heavy cream tends to stay whipped for longer periods of time and is more voluminous.

Whipping cream has a 30-36% percentage of butter fat and is lighter and fluffier. The lack of butterfat results in whipped cream to hold its shape for a shorter period of time before returning to its liquid form. The lightness of the cream makes it perfect for topping on deserts or drinks. Whipping cream also has less calories compared to heavy cream.