Difference between House and Cottage

Key Difference: House is a building or structure that serves the purpose of shelter, whereas in today’s reference a cottage is defined as a cozy dwelling, generally in the rural or semi rural areas.

House is a building or structure that serves the purpose of shelter. Generally, the word is used in context to a dwelling place for human beings. House fulfills one of the common needs of human beings. A house is an enclosed structure in which a person intends to seek protection from various kinds of dangers. There is no set definition for the kind of structure that can be referred as a house. A hut or a mansion, both are considered to be houses, as they both provide shelter to their inhabitants. 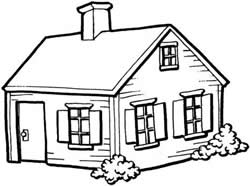 Looking back at the early civilizations, we can find that men took shelters in caves and as the civilization was progressing, men also thought of going steps ahead. Even at the Stone Age, tents made from the leather and animal furs were used for the shelter. Later during the middle ages, housing took a broad meaning in context to size, shape and design. This was a time of castles, knights and kings. Houses of the rich people were grand in every terms and the poor people still had few choices and sometimes no houses.

Cottage is defined as a cozy house and most often in rural or semi rural locations. In the middle ages, people from agricultural community used to stay in cottages, referring to a small dwelling place for the peasants, known as cotters. In the late Middle Ages, the word cottage was used for a dwelling that included a barn and a fenced yard or some piece of land enclosed by a gate. Later, these small houses got popularized. The idea of living in the country side with open fields, drew a lot of attention of the city dwellers. According to Wikipedia, the word cottage is probably a blend of Old English cot, cote "hut" and Old French cot "hut, cottage", from Old Norse kot "hut" and related to Middle Low German kotten (cottage, hut). According to the Oxford English Dictionary, the term cottage is used in North America to represent 'a summer residence (often on a large and sumptuous scale) at a watering-place or a health or pleasure resort'.

In today’s modern word, the term cottage may be used to describe various kinds of 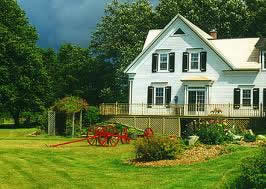 In a nutshell, a house refers to a building or structure that serves the purpose of shelter. It can be of various size and shapes. On the other hand, cottage was originally used to refer small houses of the peasants but today it is used to denote a country-side dwelling. Houses are used as permanent places to stay but cottages are generally used as holiday homes. Cottages are also considered as luxurious houses for the rich people. As cottage is also a sheltering place, therefore it is a kind of house. So, all the cottages are houses but all the houses are not considered as cottages.