Key Difference: The iPod Touch has often been referred to an iPhone without the Phone. The device can be used as a music and video player, digital camera, handheld game device, and personal digital assistant (PDA), but cannot make calls. In comparison, the iPod Nano cannot nearly do so much. It can be said that the iPod Nano is a scaled down version of the iPod Touch with limited functions. 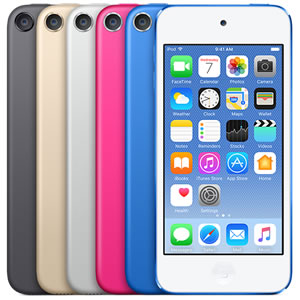 iPod Touch and iPod Nano are two different products manufactured by the company, Apple Inc. Both are types of MP3 players. In fact, it is the iPod line that put Apple on the map of portable consumer devices. Prior to this, Apple Inc. was only known for its Mac desktop computers. The iPod line of devices started the range of i products for the company, which went on to include the immensely popular iPhone range of devices.

The first iPod was launched in October 23, 2001. It was designed to take advantage of the company’s new software, iTunes which had launched just 8.5 months before. The software allowed users to sync files, specifically media such as photos and music between devices. After the launch of the iPhone in 2005, the iPod was redesigned and re-launched as the iPod Classic. Other models were also launched such as iPod Touch, iPod Mini, iPod Nano, and iPod Shuffle.

While all the devices were primarily MP3 devices, they did serve other functions. In fact, the iPod Touch has often been referred to an iPhone without the Phone. The implication being that the iPod Touch can do everything other than actually make phone calls, or used cellular data. The device can be used as a music and video player, digital camera, handheld game device, and personal digital assistant (PDA). It even connects to the internet via Wi-Fi. iPod Touch is considered to be that most popular iPod model, having sold more units than any of the other iPod models.

The iPod Touch features a A8 chip with 64-bit architecture and a M8 motion coprocessor, as well as a 4-inch widescreen display with Multi-Touch IPS technology. It is available in four hard drive variants: 16 GB, 32 GB, 64 GB, and 128 GB. It also has two cameras, an 8MP primary camera, and a 1.2 MP camera in the front primarily for selfies and FaceTime. The device also allows for video recording, and can use WiFi to connect to the internet, and Bluetooth to connect to other devices. 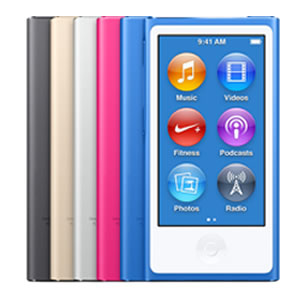 In comparison, the iPod Nano cannot nearly do so much. It can be said that the iPod Nano is a scaled down version of the iPod Touch with limited functions. The iPod Nano cannot connect to the internet, and hence cannot be used as a handheld game device, or a personal digital assistant (PDA). It also does not have a camera, which means that it cannot take photos or capture video. Hence, the iPod Touch can only be used for a single primary function, which is to listen to music and watch videos on its 2.5-inch Multi‑Touch display. The device can also be used to listen to podcasts or the radio.

The iPod Nano also has Bluetooth connectivity which allows it to connect to other devices. Like the iPod Touch it can connect to the computer via USB to charge and to sync music and other files. However, it is only available in a 16 GB variant. Due to the reduction in features, the iPod Nano is typically cheaper than the iPod Touch, and is also quite smaller in size. An added benefit to the iPod Nano is that it comes built-in with Nike+ support and a pedometer to track fitness activity.

The iPod Nano is ideal for those people who already have an iPhone and are looking primarily for a music listening device, i.e. an MP3 player. Whereas, the iPhone touch offers a lot more functionality and more features. Another option for people looking for MP3 players is the iPod Shuffle which does not even have a screen and is meant solely for listening to music.