Difference between ISO and ISI

Key Difference: ISO, short for International Organization for Standardization, is considered as the world’s largest developer of voluntary International Standards. The ISI, short for Indian Standards Institute, is a certification mark that is found on many Indian products.

According to the ISO website, the international standards set by the organization gives, “state of the art specifications for products, services and good practice, helping to make industry more efficient and effective.” Since establishment, the establishment has published more than 19,500 covering almost all aspects of technology and business. According to the entity, its goal is to “ensure that products and services are safe, reliable and of good quality. For business, they are strategic tools that reduce costs by minimizing waste and errors and increasing productivity. They help companies to access new markets, level the playing field for developing countries and facilitate free and fair global trade.” The organization contains 163 members from various countries. 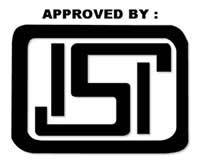 BIS was founded to ensure uniformity in processes and quality of goods. Prior to this many people would establish any process to create a product or a service and would sell it for a price. While, some created high quality products, others would create low quality products and sell it for the same price. The customer would have to pay because a company wanted a higher profit margin. The BIS ensures that if the product or the service has a ISI mark, then it is approved by the BIS is a high quality product. The ISI mark is a mandatory mark for certain products to be sold in India, even if they are imported. These products include: electrical appliances, (such as switches, electric motors, wiring cables, heaters, kitchen appliances, etc.), cement, LPG valves, cylinders, automotive tires, etc. In other cases, the ISI mark is voluntary. There has also been an issue in India regarding fake and counterfeit marks being placed on products that are actually not acquired by the institute.

How I can Identified the fake ISI and original ISI for the product?

Is ISI or ISO mark necessary for proprietary food products manufactured by nestle.

It is more helpful