Difference between King and Emperor

Key difference: King is the ruler of an area known as a kingdom. An emperor is a king of kings. He rules over an area that can include a number of kingdoms. 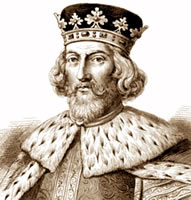 Both kings and emperors are monarchs, however, the terms king and emperor have been used interchangeably in the past, which has led to the disambiguation of the terms. Traditionally, a king is a male monarch who rules over a major territorial area, any independent state or a dependent region. An emperor, on the other hand, is essentially a king of kings. An emperor rules over an empire, which can include various small kingdoms. An emperor, basically, has a higher rank than that of a king.

The problem arises when monarchs heading empires have not always used the title. Many kings and queens rule only a region, but their kingdom, ends up taking over other regions by conquest. So, they end up ruling more than one region, but they still rule under the title of king or queen. This also happens, vice versa, when an empire loses regions to other empires, or when the region seeks independence. So, an emperor might see his empire reduce down to one region.

For example, the King and Queens of England were still called king and queen, even though they had a number of countries under their rule. They did take up the title of Emperor and Empress for a period of time, after India was incorporated into the British Empire, but eventually dropped it, in favor of king and queen. Currently, Queen Elizabeth II is still called Queen, despite the fact that she is officially Queen of United Kingdom, Canada, Australia, New Zealand, Jamaica, Barbados, the Bahamas, Grenada, Papua New Guinea, the Solomon Islands, Tuvalu, Saint Lucia, Saint Vincent and the Grenadines, Belize, Antigua and Barbuda and Saint Kitts and Nevis.

Emperors were once given precedence over kings in international diplomatic relations; currently, precedence is decided by the length a head of state is continuously in office. Currently, there is only one monarch who rules with the title of emperor: The Emperor of Japan, despite the fact that Japan is only one region. On the other hand, there are a number of kings or queens: the Queen of England, the King of Belgium, the King of United Arab Emirates, the King of Qatar, the King of Norway, etc.