Difference between Leadership and Management

Leadership and management are considered to be worlds apart by many people in the business world. This is mostly because of the old definition of leader, which claims him to be smart, intelligent and all these other amazing things, but it may not be it. A leader could be any humble person with a good cause. Many business specialists also state that leadership and management go hand-in-hand as they indirectly require each other. A leader could also be a manager and vice-versa; it all depends on the qualities. 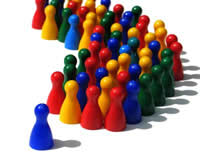 Leadership often represents a group of special, individuals that are responsible for inspiring, guiding and leading a group of people that are joined for a common cause. Dictionary.com defines ‘leadership’ as, “the position or function of a leader, a person who guides or directs a group; ability to lead; an act or instance of leading; guidance; direction.” A leader is someone who is looked upon and is followed blindly. He is expected to listen to only the people and nothing else. A leader is also believed to be the good for the people and not only looking for his benefit. The leader is essentially idolized. 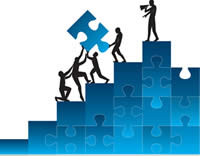 Management is defined as a group of people that run an organization. They are responsible for organizing, executing and following order in order to fulfill obligations set by an organization, most commonly earning profits. It is in charge of accomplishing desired goals and objectives of the company they work for. A manager is charged with utilizing all resources efficiently and effectively with more output and less input. The jobs of management include: planning, organizing, staffing, leading or directing, and controlling an organization. Dictionary.com defines ‘management’ as, “the act or manner of managing; the person or persons controlling and directing the affairs of a business, institution, etc.”

American author and scholar, Warren Bennis in his 1989 book “On Becoming a Leader,” listed the differences between a manager and a leader. The list is as follows:

Though they mean different things, they are commonly considered to work together as they are required in order to accomplish certain objects or goals. A manager is not always, only limited to taking work from his subordinates and following order. Many managers these days inspire, shape, train and help their subordinates.  In the same case, not all leaders are always looking out for the benefits of the people, for example politicians. Many leaders are just misusing the title and taking advantage of their positions. It is believed that a leader and manager must work together or take up additional roles, as they are no longer just limited to the set definitions. A mixture of both provides the best results in running an organization.

A friend once said to me "your competitor manages people and as for you I still don't understand what you are all about" then I told him I am a leader. The following day I researched about the difference between manager and a leader your article is describing me I am leader