Difference between Manic and Mania

Key Difference: Manic is a person who is exhibiting signs of mania. Mania is a condition in which a person shows behavior of abnormally elevated energy level. 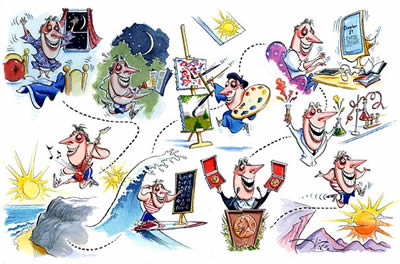 Manic and mania differ from each other in way these words are used. Mania is a noun that describes a psychological condition. This condition is considered as the opposite of depression and shows behavior of abnormally elevated energy level, it can also include anger and elevated irritability. The word ‘mania’ has been derived from a Greek word that means “madness, frenzy” and a Greek verb that means, “to be mad, to rage, to be furious”. Mania is most often associated with bipolar disorder, where episodes of mania may alternate unpredictably with episodes of depression or periods of euthymia.

The term ‘manic’ are actually adjectives, or descriptive word. The word describes a person who is currently experiencing an episode of mania. The Free Dictionary defines mania as, “relating to, affected by, or resembling mania” and “a person afflicted with mania”. This person many be showing symptoms that resemble the symptoms of mania or he may be a person who has mania.

Comparison between Manic and Mania: