Difference between Masjid and Dargah

Key Difference: Masjid or mosque is the place of worship in Islam, it is where the Islamic people directly pray to Allah, known as a salah. A Dargah is a Sufi Islamic shrine or a grave of a Sufi saint. 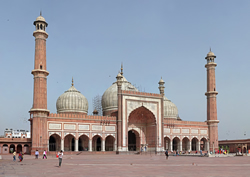 The terms Masjid and Dargah are two terms that have become confusing for many people who are not avid followers of Islam. Islam is a strict religion that requires certain things to be done in a certain manner. These include praying, fasting, dressing, etc. Although, religions used to something that you were originally born into, these days people have the option of choosing to follow a particular religion. Some terms can before confusing, such as Masjid and Dargah as both of these places are avidly visited by Muslims.

Masjid or mosque is the place of worship in Islam, it is where the Islamic people directly pray to Allah, known as a salah. The term ‘masjid’ can be translated in Arabic as “place of worship” or “prostration in prayer”. The prostration made to Allah is called as ‘sujood’. Each prayer is led by the Head of the Masjid, also known as Imam. According to Islam, the whole world is considered as a Masjid, except for bathrooms and graveyards. 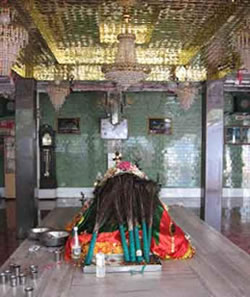 The Masjid or mosque issues the prayer calls and the ‘namaz’ is given from the Masjid via speakers. Mosques are known for their elaborate domes, minarets, and prayer halls. In addition to praying, masjids are also considered as a center for information, education, and dispute settlement.

A Dargah is a Sufi Islamic shrine or a grave of a Sufi saint. Dargah is the building that is built on the grave of a Sufi saint or dervish to commemorate the saint. The saint is considered as the messenger of Allah and has the power to provide special blessings to a person who visits the grave. Local Muslims may visit a shrine as a form of pilgrimage known as ziyarat. Dargahs are often associated with Sufi meeting rooms and hostels, where people meet for various occasions. Note, this is not the place where Muslims pray as it is considered as a graveyard. Muslims are also only allowed to pray to Allah and no one else; hence praying to a saint is believed to be a sin. Certain Dargahs may also include mosques, meeting rooms, religious schools, residences, teachers, hospitals and other buildings. Dargahs may also be a place where people may also meet to sing and play instruments.