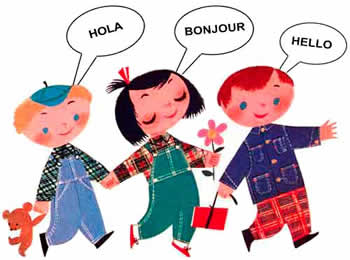 One may often be asked ‘what is your mother tongue’, or ‘what is your native language’, or alternately, ‘what is your first language’? Most people think that all of them mean the same thing, and in most common cases, they do. However, in certain cases, especially where someone speaks more than one language, the terms have different connotations that may mean different things.

As children grow up they pick up words, phrases, and eventually entire languages. These languages are typically the ones that are spoken at home. In the most basic situations, this language would be native language, their mother tongue, and their first language.

However, some of these children would start to learn a different language when they start going to school. They may even become more proficient in this language, since it is their primary source of education, than the one they speak at home. Furthermore, as they grow up, they may even pick up and learn more languages, perhaps becoming bilingual, trilingual, or even multi-lingual. This is where there confusion between mother tongue and first language start to arise.

It is possible for people who grow up bilingual or multilingual to have more than one native language or mother tongue. Alternately, depending on what they feel comfortable with they may associate one language as the mother tongue, one as native language, and perhaps another as first language.

For example: A child whose native language maybe German, as his family is German, but as his parents migrated to UK, his mother tongue maybe English. But, he may have shifted to France as a child, and hence is more proficient in French than in the other two languages. So, he may actually consider French as his first language.