Difference between Mysticism and Spirituality

Key Difference: Mysticism is generally associated with the belief of experiencing union with the ultimate Divinity, Reality, Spiritual Truth or God. However, the word is also used in negative connotation describing the non-rational worldviews. Spirituality is associated with the quality or condition of being spiritual. It signifies the human spirit or soul as opposed to materials and materialistic interests.

Mysticism can be defined as the search and pursuit of communion with the ultimate Divinity, Reality, Spiritual Truth or God. A mystic is a person who attains this union. The term has been expressed in various ways due to the differences in the religious, social and psychological traditions. The experience of such communion is often described by mystics. These kinds of beliefs are often considered to be beyond perceptual or intellectual apprehension. Mysticism is defined to be spiritual in nature. It has been described as an organic process which includes the perfect consummation of the love of god. The definition of mysticism is so wide that it can not be limited to any one religious tradition. It is considered as the origin and fountainhead of various religious teachings. It is important to note that in the modern world, the word ‘mysticism’ is often used for non-rational worldviews. See: Spirituality Vs. Religion 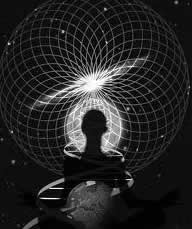 In the words of Plotinus, a major philosopher of the ancient world, spirituality is the soul’s solitary adventure. Spirituality is associated with the quality or condition of being spiritual. It signifies the human spirit or soul as opposed to materials and materialistic interests. It is very difficult to explain spirituality as it is a very broad term that consists of several spectrums of perspectives. It has been defined quite differently by monotheists, polytheists, humanists, followers of the new age, Native Americans, etc. Spirituality deals with the spirit within, which can also be referred to as an absolute master and controller of the body. Spirituality and mysticism are considered to be interconnected as both deals with transcendent or ecstatic experiences. However, the in-depth meanings may be regarded as two different concepts. Also see: Ego Vs. Self

Comparison between Mysticism and Spirituality:

Also see: The difference between physics and metaphysics

If you are a spiritual person, you may say so to the others, announce it to the world. I am not interested in the material things except in a minimal way. Any guidance or teachings, or even the law, I would like to understand and follow in its true spirit, not the words alone. If I am a mystic person, i.e., if I have understood, myself, and the world, the visible, and the invisible, and the Power behind all that, then I must keep it to myself. It is not necessary for the others to know it and it may not benefit them. Each mystic has to find the truth for himself or herself. Sometimes, a master, a murshed, or a guru can help, only if the pupil trusts the master.

One cannot practice an ascetic life of the mystics without being spiritually driven every moment of every day. A mystic seeks a life of poverty, self deprivation, humiliation, seeks to live by the example of Jesus. They seek to see their own reflection of all they judge and condemn. They see all of their life's trials, reguardless of how brutal, as lessons from on high. They are not afraid to see there worst enemy, themselves.

You have forgotten they are both interconnected with each other. Both mystics and spiritual want nothing more than to live by the virtues that Jesus spoke of and was prophsied by the prophets. Humility, obedience, patience, faith, hope, forgiveness, non-judgemental, love. These are what Jesus spoke of. A mystic can come from all walks but God favors those with a contrite heart. Beaten and battered by unbelievers who persecute them for staying strong in moral courage just as Jesus did. They pray to God to reveal to them all that has plagued them and kept them from purity to see God in all persons, places and things. To see all hardships as lessons to teach them the darkness that lies within. They choose a life of self inflicted pain caused by humiliation. Humiliation accepted as a gift to know humility. They seek sorrow to know Joy. For every Joy there is Sorrow and visa versa. They see Jesus in the lowly, the beggers, the sick, the needy. I try to live by that way of life. I do not consider myself worthy to kiss the blood of His feet with my lips. I only wish to be a servant. That is the life of a spiritual mystic. Seeking the mystery's as known only with the heart. A clean, contrite, repentant heart.