Difference between Pajamas and Sweatpants

Key Difference: Pajamas are loose fitting bottom pants. Pajamas are most commonly made out of cotton or cotton blend and were popular as comfortable clothing, which made them ideal for lounging or napping in. Sweatpants are another type of pants, which were originally designed for sportswear. 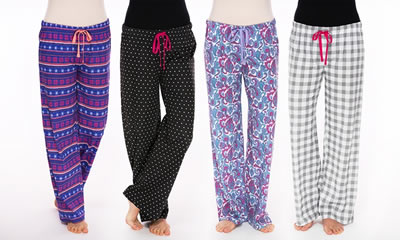 Pajamas and Sweatpants are two different types of bottom wear that have steadily grown in popularity over the years. Each type developed for a particular purpose, for example, pajamas were originally for lounging in, whereas sweatpants, as their name suggests, were for sweating in, i.e. for exercising, particularly for playing sports in.

However, over time, both have developed to grow out of their specific zones. Pajamas became the clothes to sleep in because of their comfort level, whereas, some people prefer to sleep in sweatpants. Nowadays, both have become acceptable to wear as everyday clothing, especially for people who prioritize comfort. In fact, there are many fashion trends emerging that utilize the comfort and functionality of these clothing items, i.e. pajama bottoms and sweatpants.

Pajamas are loose fitting bottom pants. The name and the pants themselves have a rich history. They were primarily worn in Persia and India. They were ideal for the hot summer weather there, as the pants were loose fitting and made out of cotton, where is a very breathable fabric. Additionally, they were also often white, which suited the hot weather. It is for this reason that the Europeans adopted this style and eventually brought it back to their native regions. In fact, the name ‘pajamas’ is a variation from their local name ‘pyjama’ or ‘pajama’.

Pajamas are most commonly made out of cotton or cotton blend, which made them ideal for the hot Indian summers. They were worn by people of all classes, and by men and women. They were popular as comfortable clothing, which made them ideal for lounging or napping in. Eventually, people started making them out of other materials. Two other popular options include flannel, and silk, both better suited for the cooler climates of the North. They can be made out of other materials as well. 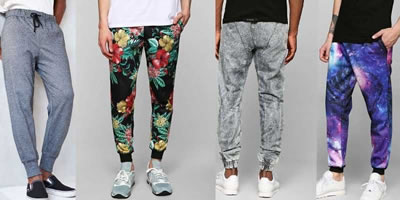 Sweatpants, on the other hand, are somewhat different. While they are also commonly made out of cotton, they are made from a heavier knit making them heavier and bulkier than pajamas. This usually makes them warmer, but in their most common form, they are also unable to retain heat, which makes them ideal for sports where the body expends a lot of heat. In these cases, any heat retaining material would cause the body to overheat and affect performance. They are also commonly made out of polyester or jersey material, which makes them even better suited for their original purpose, which is to wear it for sports. However, as sweatpants have also become popular as casual wear, they are also made from fleece or other materials which make them warmer to wear, especially in cold places.

While, both pajamas and sweatpants derived for a specific purpose, they quickly outgrew them. Today, they are commonly worn at home for comfort, or even out in public in a casual setting. The trend started out with people who wanted to be comfortable while running a quick errand or so, but slowly evolved to include impromptu informal meets, to casual setting without a dress code. Today, a lot of people wear them out and about in their day to day lives. Yoga pants are another article of clothing that experienced a similar fashion phenomenon.

In this context, pajamas often face more resistance than sweatpants, as people still often associate pajamas with sleeping wear, whereas they have seen athletes wear sweats out and about before, thus making their acceptance easier. However, nowadays more trendy and fashionable pajama bottoms are being launched in the market, with people not only wearing them to informal occasions but rather to offices and other events as well. Others still find them unacceptable.

Comparison between Pajamas and Sweatpants: