Difference Between Perfume and Cologne

Key Difference: Perfume is a mixture of fragrant essential oils/aroma compounds, and solvents. Cologne is a type of perfume that was developed in Cologne. It is a blend of essential oils/extracts, alcohol and water. Perfumes and cologne differ from each other mostly in strength. While perfumes are expected to stay on the body longer, around 6-8 hours, due to the high concentration of essential oils, colognes generally stay for a shorter period of time, around 2 hours.

Ever walked into a fragrance store and found that some bottles were labeled ‘perfume’ while others were labeled ‘cologne’ and that prices between the two were very different. There is a huge misconception about these two that states: perfumes are for females, while colognes are for males and though the two are different, that is not it. Cologne and Perfume are both fragrances, but are produced in different ways. 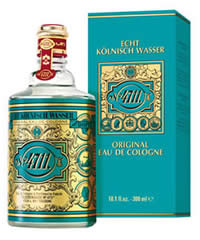 Cologne or Eau de Cologne is a fragrance or a type of perfume and the term ‘Cologne’ originates from Cologne, Germany. Colognes were invented by Giovanni Maria Farina, a Carthusian monk, in 1790; they were named “4711” after the street address of his store and were said to have a citrus base. They became instantly popular among the crowd, including all the royal houses in Germany. The term “cologne” can be applied to perfumes for men as well as women. Colognes are prepared using a blend of essential oils (5-8% in concentration), extracts (depending on type of scent), alcohol and water.

The term “perfume” originates from France and was widely popular in the early 16th century, after the crusaders returned from the Middle East claiming to have acquired the secret of developing fragrance from Europe. Perfumes are prepared by using mixing aromatic compounds with ethanol or a mix of ethanol and water. As the concentration of aromatic oil increases, the more intense the perfume becomes and the longer the smell stays. Perfumes generally have essential oil concentration of around 30%.

Perfumes and cologne differ from each other mostly in strength. While perfumes are expected to stay on the body longer, around 6-8 hours, due to the high concentration of essential oils, colognes generally stay for a shorter period of time, around 2 hours. The high concentration of essential oil also contributes to the price difference between the two; making perfumes more expensive compared to colognes. Due to being more intense, it is said that perfumes last longer as they are not expected to be used in greater quantities. The different scents in the perfume and cologne are a mix of natural and synthetic substances that is used to give the perfume its smell.

This settles it. The truth that you know, wil set you free.

Isn't perfume more women based and cologne is more men based?

Simple and easy to understand clarification.

both abstract and full description are ok