Difference between Plums and Prunes

Key Difference:  Plum is a drupe fruit derived from the tree belonging to the species of the genus Prunus and the family Rosaceae. Prune is a plum which is dehydrated to obtain its dry version. It is usually obtained from the European plum Prunus domestica. 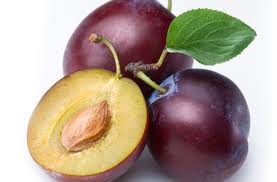 Plum is a tree belonging to the genus Prunus of the family Rosaceae. The term is commonly used for the fruit of this plum tree which is a drupe. Plum tree is planted in moderately fertile soil in full sun.  Plum fruits greatly vary in size, color and flavor. There are numerous plum species, which include mainly European plum tree, Japanese plum trees and Damsons.

The sweetness and tartness of plums also varies depending upon the species, but it is generally blood red in color and possess flesh of yellow color. They are preferred for their health benefit as they are low in fat but still high in carbohydrates. It provides Vitamins like A and C. In addition to these vitamins, it also provides calcium, fibre, iron and potassium. 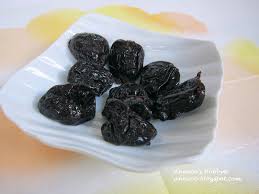 Prune is not much different from plum as it is just the dried form of plum. Prune is mostly associated with the dried version of European plum, but recently the name has been officially changed to dried plum by the Food and Drug Administration in 2001. Prunes are known for their sticky chewy texture and a deep taste. Like plums, they are also highly nutritious. This version of plum is also available throughout the year, and therefore it provides an added advantage over plums. Prunes are derived by dehydrating plums using scientifically controlled operations.

They are very high in fibre. It helps one to stick to a low calorie meal diet plan. Phenols are present in prunes like in plums. They are advised to prevent the condition of constipation. It does not have the same amount of Vitamin C as present in the plums. This is due to the reason that drying process damages most of the Vitamin C present in the Plum. However, they remain to be a good supplier of calcium, magnesium and B Vitamins.

Therefore, plums and prunes are quiet similar, as prunes are just dried plums. An over acid condition can occur if plums are consumed at a large quantity. However, the same quantity of prunes is quiet good for the nerves due to the phosphorus content of nearly 5 percent. It is always considered that dried prune must be eater rather than fresh plum due to higher laxative effect. All prunes are plums but all plums are not prunes.

Comparison between Plums and Prunes: