Key Difference: A power plant or power station both describes the facility for the generation of electricity. Thus, there is no difference between both the terms and can be used interchangeably. In America, people prefer to use the term power plant, while elsewhere any term can be used. A ‘power plant’ may also be used to refer to the engines in vehicles like aircrafts and ships. 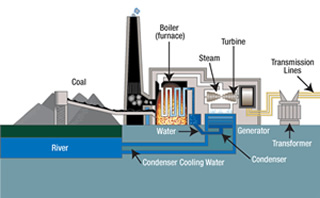 We define power plant as a generator of electricity. But, have you ever wondered that what is electricity?  It is simply the flow or movement of electrons through a material. Now, you may think that how this electricity is generated in power plants. To answer this question, let us understand the process:-

Generally, all power plants follow the same process. Let us describe an example of 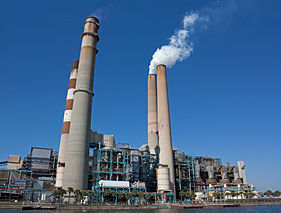 a simple steam power plant. First the water is boiled by using sources like coil, fossil fuels, etc. The steam that is produced in this process is utilized in turning the blades of turbine. The turbine turns or rotates rapidly due to the steam. Then this turbine turns the huge magnet inside a coil of wire. After this electricity is produced, as the huge magnet changed the mechanical energy into the electrical energy. In the United States, around 90 percent of electricity is harnessed from thermoelectric power plants—coal, nuclear, natural gas, and oil.

If you hear the terms like generating station and powerhouse then do not get confused, as both these are other names for a power plant. Then, the electricity that is produced in a power station is ready to be used by the customers. The network of power lines transmits the electricity to various locations from the power plant.

Thank you very much. It was useful.

this helped a lot, thank you so much for enlightening others knowledge