Difference between Racket and Racquet

Key difference: Racket is defined as a noisy disturbance or loud commotion. Racquets are a piece of sports equipment used by players.

The word ‘racquet’ has its origin in the French word racqutte and distinguishes it from racket, which in English means ‘noise or disturbance’. Racquets are sport equipments used by players. Collins Dictionary defines racquet as, "a bat consisting of an open network of nylon or other strings stretched in an oval frame with a handle, and is used to strike the ball in various sports." 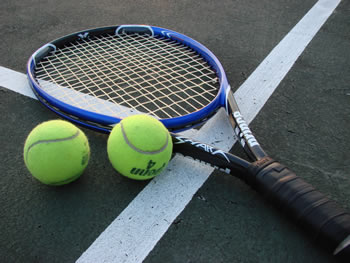 According to Wikipedia, a racquet is a sports equipment consisting of a handled frame with an open hoop across which a network of cords is stretched tightly. It is used for striking a ball in games such as squash, tennis, racquetball, and badminton. Collectively, these games are known as racquet sports. Before the modern game of squash, these sports were played with wooden rackets. While squash equipment has evolved in the principal century, rackets have changed little.

The frame of rackets for all sports was traditionally made of laminated wood and the strings of animal intestine known as catgut. The traditional racket size was limited by the strength and weight of the wooden frame which had to be strong enough to hold the strings and stiff enough to hit the ball or shuttle. Later, manufacturers started adding non-wooden laminates to wood rackets to improve stiffness. Non-wood rackets were made first of steel, then of aluminium, and then by carbon fiber composites. Wood is still used for real tennis, rackets, and xare. Most rackets are now made of composite materials including carbon fiber, fiberglass, and metals such as titanium alloys or ceramics. Gut has partially been replaced by synthetic materials including nylon, polyamide, and other polymers. Rackets are restrung when necessary, which may be after every match for a professional or never for a social player. 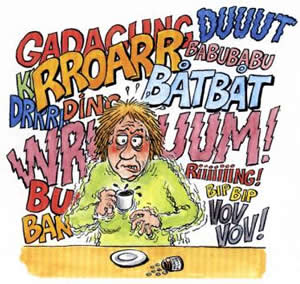 Racket, depending upon the spelling and its usage in different context, is defined accordingly. Usually, racket is defined as a loud commotion or noisy disturbance. During festivals or celebratory occasion, people often cause or make a lot of noise or commotion, make use of firecrackers, play loud music, etc. and because of this, one might say that the people are causing a huge racket. If there is a huge traffic jam on the road, with noise and pollution, one might ask, what is causing this entire racket? There are many definitions of rackets, it may either mean loud clamour or it may mean 'excited revelry; an illegal enterprise; a business or occupation'; a multi-paradigm programming language; it is also an air craft engine, etc.

Another common use of racket is when it is used to refer to an illegal enterprise carried on for profits, such as extortion, fraud, prostitution, drug peddling, etc. A racket is a service that is illegally offered to solve a problem, such that the problem does not actually exist, will not be affected, or would not otherwise exist. Conducting a racket is called as racketeering. The potential problem may be caused by the same party that offers to solve it, although that fact may be concealed. An example is the protection racket, wherein a person or group indicates that they could protect a store from possible damage, damage that the same person or group would otherwise inflict. Racketeering is often associated with organized crime, such as drug racket, prostitution, extortion, etc.

Comparison between Racket and Racquet: