Difference between Shake and Malt

Key Difference: Shakes are frothy cold sweet beverages which are usually made by the combination of milk and ice creams. Malt uses the same ingredients as shakes. However, malts have an added malt favoring. They both are generally prepared by mixing the ingredients on a spindle mixer. 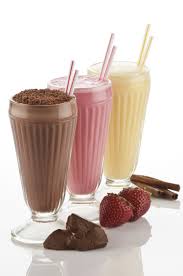 Shake and malt have similar ingredients. Malt can be considered as a shake but with addition to the usual ingredients, it includes a malt flavoring. Shake is a frothy drink which contains ingredients like milk and syrup or milk and ice creams with some additional flavoring if required.

A shake is also known by different names –like in New England it is usually called as a frappe. Shakes are available in different varieties like chocolate, vanilla, and strawberry.

Malt is just like a shake with an added ingredient which is usually the malted milk powder. This malt powder enhances the flavor and gives it a richer taste. This malt power usually consists of barley. However, it may also include wheat or other grains. This addition of malt powder brings a slight sour taste, whereas shakes are generally known for their all sweet tastes. 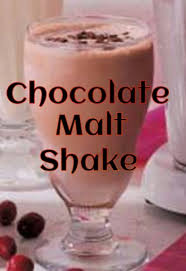 Shakes and malts are similar in content of saturated fats. However, malts tend to be better when it comes to less sugar content. The average milkshake contains only 55 to 60 grams of sugar in compared to 18 to 25 grams of sugar in malt. Both, shakes and malts are supposed to have a good amount of calcium. All malt products are based on barley grain which undergoes the process of sprouting, drying and grounding. In this process, the starch converts into sugar and results into a sweet dried grain powder.

Historically, first shakes were develed in th early 20th century. It started with the introduction of a beverage made with eggs and whishky. Later, heavy drinks started getting prepared with ingredients like chocolate, vanilla, etc. It is important to note that today, shake is usually used for milkshakes, whereas there may be shakes which are prepared by combination of ingredients like  syrups, fruits, cream, etc. also.

Therefore, there is not much difference between shake and malt, as malt is also a type of shake with malt flavoring.

Comparison between Shake and Malt: