Difference between Sin and Immorality 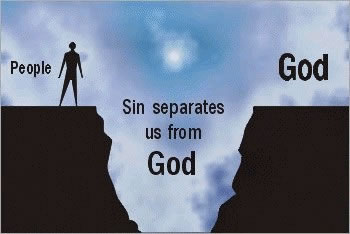 Sin and immorality are terms that both refer to transgressions that our frowned upon in society. However, the terms do have slightly different contexts. Sin is a concept most commonly associated with religion, whereas immorality refers to committing acts that are generally considered as immoral, i.e. acts that are considered to be morally and/or ethically wrong.

Sin is considered to be going against God’s will. According to most religions, God has decreed certain laws on how humans should live; these include laws on what is acceptable behavior by humans and what is not. Any behavior that is not condoned by God’s law, as stated in the religious doctrines, is considered to be a sin.

Some religions often divide sins according to severity of the transgression. Under this concept, some sins are considered to be greater than others. This concept defines sins in a spectrum from minor errors to deadly misdeeds. The most recognized concept of sins is the Christian concept of the seven deadly sins, which includes wrath, greed, sloth, pride, lust, envy, and gluttony. 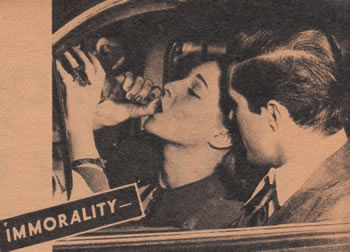 Immorality, on the other hand, refers to acts and behavior that are not condoned by society. These are acts that are considered to be immoral or ethically questionable.  However, the acts that are defined as immoral may vary from society to society or from culture to culture. For example, wearing a bikini or even a short skirt for that matter may be acceptable in one culture, whereas it may be considered immoral in another.

Furthermore, not only is immorality subjective to society and cultures, it is also subjective to personal preferences. For example, one may consider drinking and staying out with friends as immoral behavior, which is why they may not partake in it. However, for most youngsters this is accepted and fun behavior. They do not consider it to be immoral.

Hence, it can be said that the main difference between sin and immorality is the fact that sin mainly backed by religion, whereas immorality is backed by social norms and beliefs. However, this does not mean that they are not interrelated. They are both considered to be incorrect behavior and are generally frowned upon. However, sin usually encompasses behavior that is considered to have a more negative connotation than immoral.

Comparison between Sin and Immorality:

Of course, this article is based solely upon human reasoning. If we do not recognize a universal moral code, and everyone is able to subjectively choose their own morality, it may or may not result in extreme evil, but it will have spiraling negative consequences. We can see this in our world today. The Scriptures do not put the distinction between immorality & sin as written in this article; notice for example, "About three months later Judah was told, “Tamar your daughter-in-law has been immoral. Moreover, she is pregnant by immorality.” And Judah said, “Bring her out, and let her be burned" - Genesis 38:24 Also notice, e.g. "For out of the heart come evil thoughts, murder, adultery, sexual immorality, theft, false witness, slander" - Matthew 15:19 / Mark 7:21 There is no subjectivity with God. One such example is Jesus' statement in John 14:6, "Jesus said to him, 'I am the way, and the truth, and the life; no one comes to the Father but through Me.'" There is no way to reconcile this statement with subjective morality, it must be absolutely true. Jesus is claiming here to be the truth and to be the only way to the Father.