Difference between Suicide and Euthanasia 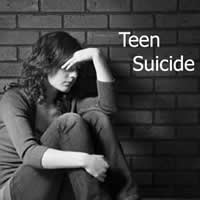 According to Merriam-Webster, suicide is the “act or an instance of taking one's own life voluntarily and intentionally especially by a person of years of discretion and of sound mind.” Suicide is derived from the Latin ‘suicidium’, from ‘sui caedere’, which means “to kill oneself.”

Suicide is the act of intentionally taking one’s own life. It is often committed out of despair, due to stress factors such as financial difficulties, unhappiness with life or love. It may also be due to a mental disorder such as depression, bipolar disorder, schizophrenia, alcoholism, or drug abuse.

The World Health Organization (WHO) estimates that it is the 13th leading cause of death worldwide. Over one million people die by suicide every year. It is estimated that there are yearly 10 to 20 million non-fatal attempted suicides worldwide. It is a leading cause of death among teenagers and adults under 35. Also, men are three to four times more likely to attempt suicides than females. There are a number of suicide prevention helplines and organizations, which aim to help people to deal with thoughts of suicide and suicidal tendencies.

Merriam-Webster defines euthanasia as, “the act or practice of killing or permitting the death of hopelessly sick or injured individuals in a relatively painless way for reasons of mercy.” Euthanasia is derived from the Greek ‘euthanatos’, from eu (well or good) + thanatos (death), meaning easy death. 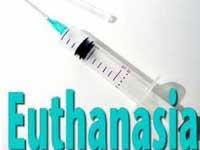 Involuntary euthanasia occurs when euthanasia is performed on a person who is able to provide informed consent, but does not, either because they do not choose to die, or because they were not asked. In most cases, this is considered as murder, as the person did not have a choice or knowledge of the ending of their life.