Difference between Taoism and Buddhism

Key difference: Taoism and Buddhism are the two great philosophical and religious traditions that originated in Asia. Although, Taoism and Buddhism have similar goals, they completely differ in their beliefs, practices and perspectives about individual life, society, values, culture, the environment and even the universe. 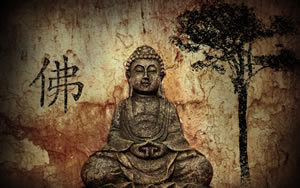 Taoism began in the 6th B.C. in China, whereas Buddhism is said to have originated in the 5th century B.C. in India. Both, Taoism and Buddhism are great philosophical ideologies with long histories, traditions, religions and have played an important part in influencing and shaping the Chinese culture and values. Although, both are similar in their goals, both have different beliefs, ideas and principles.

In Chinese, the word ‘Tao’ means ‘the way’, the force that flows through all life in the universe. It is considered to be the driving force behind everything that exists. The objective of Taoism is for a person to align harmoniously with the ‘Tao’ i.e. to achieve immortality by taking the right path in life. In Taoism, the focus is more on a personal, as it helps to find harmony and balance of one-self. It also says that everything in the world is simple, correct and good, but life only becomes complex when human being choose to live a complex life. This concept of Taoism was based on the philosophical and political text written by Laozi (Lao Tzu) between the 3rd or 4th centuries B.C.E.

Buddhism, on the other hand, was established a few centuries earlier than Taoism. This term comes from the word ‘Budhi’ which means to ‘to awaken’. This ideology was born under the influence of Siddharta Gautama, also known as the Buddha or the ‘enlightened one’, who used to live and preach in the Eastern part of the Indian subcontinent between the 6th and 4th century. The main goal, here, is to attain Nirvana, enlightenment and happiness, in life. This principle can only be achieved when all the sufferings are surpassed, and by following its 8 core values i.e: 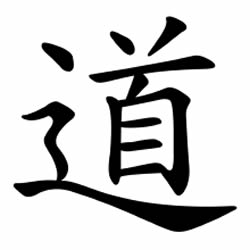 The purpose in both, Taoism and Buddhism is to achieve the ultimate goal i.e. to surpass life on earth as a physical being, and to achieve harmony with nature and the universe i.e. by achieving immortality. And, this ultimate goal can be achieved by following the right path or behavior. Though, their ambition is the same, their paths are poles apart. Here, both believe that there is an ‘Inner Light’ which leads the person on the right path to reach the goal, and in Buddhism, the path to enlightenment is by following the ‘eight paths’ defined by Buddha. While, in Taoism, the path to Tao it comes from within the individual i.e. himself.

Similarly, both the ideologies have parallel beliefs, traditions and ideas, but they have a different way of looking and following their way of life. Further differences between the two religions can be read in the table below.

Comparison between Taoism and Buddhism:

As per many religious texts, an exact date is hard to determine. According to history, Buddha lived and taught in the Eastern part of India between the 6th and 4th century. And, Taoism is based on the philosophical and political text written by Laozi (Lao Tzu) between the 3rd or 4th centuries B.C.E. Thus, Richard we can say that the origin of both the individual ideas were in different centuries, but the formation and teaching of their religion or organization was in the same century, 13 years apart.